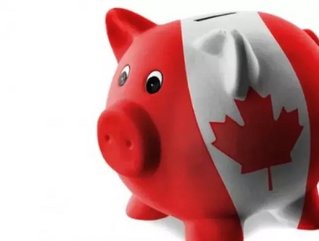 Canada’s economic output improved in May, picking up speed to a 0.4 percent pace and setting the stage for a second quarter expansion that is hoped to help reverse the year’s weak start.

Economists had anticipated that May would bear signs that the economy was beginning to increase the speed of an otherwise slow year, especially since the U.S. reported that its output had grown by four percent annualized between April and June.

But the May uptick was faster than analysts had anticipated, suggesting 2.5 percent in the second quarter, a figure that is more in line with what was earlier considered an overly optimistic forecast by the Bank of Canada.

Analysts note that the result is positive given the first quarter’s slowdown to 1.2 percent annualized growth and April’s unexpectedly weak 0.1 percent monthly gain, which had economists downgrading their expectations for the second quarter.

In a note to clients, TD Bank economist Jonathan Bendiner said, “Looking further ahead, yesterday's stronger-than-expected preliminary U.S. real GDP reading, combined with an improving U.S. labour market, confirms our expectation of an acceleration in economic activity stateside.  This augurs well for Canada's export sector, which will increasingly be relied upon to fuel economic growth as domestic sources of growth are likely to wane.”

Evidence ties a strong U.S. bounce to the lift in Canadian economic activity.

In May, goods production rose 0.5 percent, specifically in the auto sector dependent on exporting to the U.S. market.  In a promising turn, the auto assembly industry advanced by 13.5 percent.

The export-dependent manufacturing sector also had a good month, with a gain of 0.8 percent from April.

While these results are certainly encouraging for the Canadian economy in the near future, analysts said that they are unlikely to influence the Bank of Canada’s position on interest rates, as they are in line with its expectations.

The bank’s decision regarding interest rates is more reliant on what occurs in the United States and whether the Federal Reserve moves up their plans to tighten interest rates.  Given the dropping unemployment rate and accelerating economy, many analysts believe that the Federal Reserve may move as early as mid-2015, which could force Canadian bank governor Stephen Poloz to act.

May’s result marked the fifth consecutive month that GDP has risen in Canada.

Construction picked up by 0.5 percent within the period following two consecutive declines.  Additionally, the service sector increased by 0.4 percent.

A separate report from Statistics Canada said that weekly earnings in Canada had risen by 2.6 percent in May over the past year, slightly ahead of the current inflation rate.  The agency also reported that non-farm payroll employment had increased by 158,500—or one percent—over last May, marking a higher level of job creation than tracked by the more often quoted labor market survey.