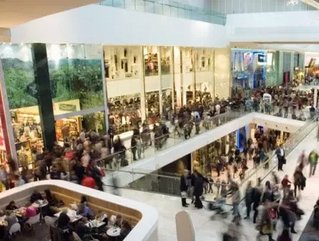 Statistics Canada announced Wednesday retail sales figures for Canada in the month of March. Offsetting a slow February, the retail industry saw a small rebound mainly due to improved weather, especially in Ontario.

In March, Canadians went out in their communities, taking advantage of the early warm weather nationwide. This led to increases in sales for spring merchandise such as clothing, footwear, and bicycles as well as lawn and garden products.  Other purchases related to the weather were building material and garden equipment which saw a rise of 1.8 per cent sales.

Another sector that saw fruitfulness was the general merchandise with stores seeing higher sales in three consecutive months, up 1.1 per cent in March.  While clothing and clothing accessories stores advanced 1.3 per cent, up again for the sixth consecutive month.  Finally, sporting goods, hobby, book and music stores rose 1.9 per cent.

On the other side of the spectrum, gasoline station sales declined a fourth time in five months, down 1.6 per cent March.

Leading the provinces in retail sales was Ontario, up 1.2 per cent. Without this province's contribution, most retail sales would have come in flat with increases and decreases cancelling each other out, according to Statistics Canada. Other provinces that saw increases were Alberta and Saskatchewan, Newfoundland and Labrador while declines were seen in British Columbia, Quebec and New Brunswick.