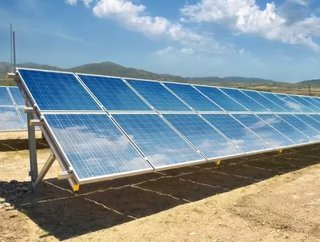 Canadian Solar Inc. is one of the largest solar power energy providers, not just in Canada but in the world—the Guelph-based business boasts subsidiaries in 18 countries across six continents, from Australia and Singapore to the USA and the UAE. This week the company solidified a partnership with one of the largest energy providers in the United States, selling a controlling interest in its Tranquility Solar Power Project to Atlanta-based Southern Company.

Canadian Solar issued a press release this week explaining the deal, which involves the 200-megawatt Tranquility Solar Power Project under construction in Fresno, California. The project is being constructed by Recurrent Energy, a US-based wholly owned subsidiary of Canadian Solar, with further engineering, construction and procurement services provided by Signal Energy Constructors. The Tranquility project will cover 1,900 acres of land in Fresno County and will ultimately generate enough solar energy to power 55,000 homes—the project’s owners will sell this electricity along with renewable energy credits to Southern California Edison as part of a 15-year power purchase agreement.

"The Tranquillity project is an attractive opportunity for investors, providing long term stable cash flows," said Dr. Shawn Qu, Chairman and Chief Executive Officer of Canadian Solar, in the press release announcing Southern Company’s investment. "This transaction is another example of solar power's move into the mainstream energy mix, and it shows our broader team's ability to attract top notch investors to finance our high-quality projects."