$25 Billion Mortgage Settlement: Is it Enough? 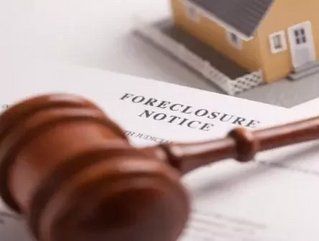 What are the abuses so vehemently opposed by the majority of fed and state heads? Well, fraudulent foreclosure practices were the buzzwords of the day, most stemming from the use of “robo-signing”—the widely used banking practice, where a bank employee signs sometimes thousands of official documents without verifying the accuracy of the information. The ethically blind practice, forced many homeowners into default and foreclosure, without ever personally negotiating with them.

Ultimately, the automatic processes blind-sided many mortgage payers, sending them into insurmountable financial turmoil. That seems unethical enough, and coupled with the fine-print rolling interest rates so frequently used preceding the economic meltdown, it seems like the banks have been hit with a major case of cosmic karma.

However, what about the people being helped by this mega-bounty of booty?  Is the victim the average homeowner who has found themselves upsidedown or underwater in their mortgage, suddenly owing more on their house than it is worth?

Donald Rushworth, a San Diego mortgage broker in the real estate industry for over 30 years seems to think those homeowners crying financial despair need to take a bit more responsibility for the effects of their actions, “There is a complete breakdown of personal responsibility here with the borrower. In their most important asset they have--their home, they failed to read the fine print” he said, “Most underwater homes were not investment homes within the purchaser’s means, they were residences--homes they couldn’t afford, that they did not have the cash to purchase, and so they committed to borrowing from a regulated lender to secure financing.”

Well put like that, the mortgage meltdown seems like a typical case of materialistic-loving Americans, irresponsibly living beyond their means. So the banks were purposefully deceptive, and the luxury happy masses turned a blind eye to it. Perhaps the blame should be shared, but hopefully not by those who did not sign onto oppressive mortgages. Shortly put: who is funding this buku bucks bail-out?

Refreshingly so-- not the tax-payers, who funded the last big bank bail-out. No this round’s loot is coming from the banks themselves, “[The agreement] holds mortgage servicers accountable for abusive practices and requires them to commit more than $20 billion towards financial relief for consumers.”

So maybe this is a PR push between the banks and the government to appear to have a morally-sound ethical conscience when it comes to the average person’s economic future. Or maybe it is a genuine extension of legislative empathy, to make up for the current larger-than-life economic crisis. However, $25 Billion—while it seems like Mecca Money—when broken up amongst the millions of defaulted mortgages, and coupled with the burdensome weight of leeching administrative costs… is simply not enough money to change much of anything. When everything washes out, troubled homeowners can expect to see a couple thousand dollars trickling into their pipeline.

Ultimately the settlement is great for headlines, but it may do little for a homeowner’s bottom line.