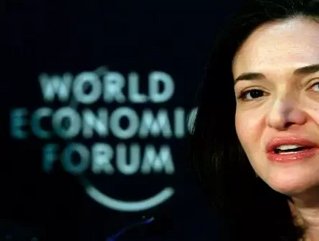 Wednesday may be the big day for Facebook’s IPO and as the highly-rumored event rapidly approaches, expectations and speculations have been flying. Of course, there is no doubt that when Facebook decides to go public, the company’s executives will rake in a huge profit.

But according to Sheryl Sandberg, Facebook COO, the most important thing to come out of the company’s IPO will be the jobs and further social change it will create.

“If this is seen as an opportunity for jobs and for people to use their work to change the world that’s what we want to be a part of,” Sandberg told CNBC during the World Economic Forum in Davos. “The world is looking for economic growth—the kind of economic growth that feeds a billion people and that employs people all around the world.”

According to Sandberg, in the seven years since it was developed, Facebook’s staff has swelled to more than 3,000 people. And during that time, the company has created over 450,000 jobs in Europe and the US.

In a September 2011 study, the University of Maryland’s business school conducted a study and found that much of Facebook’s job creation comes from app development. The study determined that Facebook’s effect on the economy, dubbed the “app economy,” comes about when small developers and entrepreneurs hire employees and those employees turn around and spend money on goods and services.

Facebook’s anticipated IPO could raise as much as $10 billion, placing the company’s value between $75 and $100 billion.

UPDATE: A report released by International Financing Review late Tuesday says that Facebook will file a $5 billion IPO Wednesday morning. "The social networking site has opted to hire five bookrunners, featuring Morgan Stanley in the coveted lead left role.Goldman Sachs, Bank of America Merrill Lynch, Barclays Capital and JP Morgan round out the initial list of bookrunners on the deal, though the syndicate could also grow, sources indicated," the report states.

We will follow up on this story as it develops.

UPDATE 2: Several sources have said that Facebook will likely not file until the markets close this afternoon, at the earliest.