Facebook’s New Cryptocurrency — What Is It, and Is It Safe? 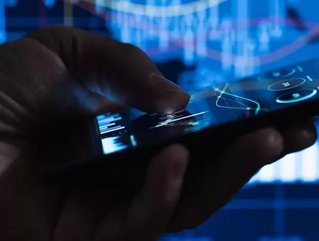 The social media giant’s new currency ‘Libra’ is set to start trading soon, and though it is backed by powerful corporations, not everyone is conv...

The social media giant’s new currency ‘Libra’ is set to start trading soon, and though it is backed by powerful corporations, not everyone is convinced that it is a good idea.

Facebook, Spotify, Uber, and PayU — those are just a number of representatives of the ‘Libra Association’, a plethora of venture capital firms and non-profit organisations spanning the telecommunication and blockchain networks. The grand vision of the Association is no less than to build “a stable cryptocurrency built on a secure network… [for a] more inclusive global financial system”.

Libra hopes to achieve this by hooking up the millions of ‘unbanked’ people in the world — that is, people with no ability to transfer money instantly across the world, securely and at low cost.

Libra is understood to run on a blockchain of around 100 different computer servers. The blockchain algorithms have ‘command-line programs’ to enable scripting and interactive use, along with an interface of various file formats and options. To make things extra secure, Libra uses the ‘Byzantine fault-tolerant consensus approach’. In theory, the Byzantine consensus should make it near impossible for the entire blockchain to be disrupted, even if the servers are compromised.

For a cyberattack to bring down the blockchain, it is reckoned up to a third of its servers would have to be interrupted — a feat that the Libra Association are again confident is near impossible, as each server will be well secured by each of its partners.

Furthermore, Libra is thought to be capable of 1,000 payments per second, making it around 500 times more efficient than Bitcoin.

The United States government is not convinced, however. It already does not like the strength of the other cryptocurrencies in use today. In an attempt to win them over, the Association has marketed Libra as a “stablecoin” especially friendly to regulators.

But the danger is that Libra is intended to be used as collateral by some debt obligations and currencies. Libra’s status as a global currency means it will also fluctuate like other currencies, and differently. It may even resemble something like an index in volatility if it is shaped by underlying assets. If it becomes too popular, it could be “Too Big To Fail”. A phrase that still haunts us from 2008. If there was ever a run on Libra, there would be no Libra Central Bank to fix the damage.

Is there a place for Libra?

One way to absolve these concerns comes from the Association of German Banks, who have suggested limiting Libra to payment transfers only, and preventing it from handing out loans. But this would undermine the Libra’s ambitions.

Despite the concerns, it seems the establishment banking system is prepared to accommodate Libra and other forthcoming “soft infrastructures” as other central banks have already agreed to make concessions, as long as there are clear regulations and rules.

This article was written by Glenn King of Oakmount Partners Ltd, an investment consultancy firm based in the United Kingdom.