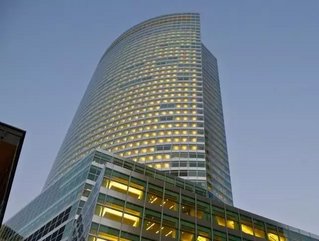 Goldman Sachs and China Investment Corporation (CIC) have announced the formation of a new partnership that will create a $5bn fund named the China-US Industrial Cooperation Partnership, aimed at investing into a wide range of American companies.

The fund will aim to invest into businesses that have or can develop a connection with China, designed to promote market access for US firms in China, in addition to improving the trade balance between the two countries.

“CIC has invested in the US for ten years and is committed to be both an investor and facilitator to develop a stronger China-US investment relationship,” said Tu Guangshao, Vice Chairman and President of CIC. “The partnership will help promote China’s supply-side structural reform and economic transition, and by investing in the US, it will act as a multiplier for business growth throughout the country.”

The fund will create a number of opportunities for American companies to export their products to the expansive Chinese market, with Goldman Sachs acting as the sponsor and investment manager of the cooperation fund.

“The China-United States relationship is one of the most important in the world and strengthening economic and trade cooperation is vital to the economies of both countries,” said Lloyd Blankfein, Chairman and CEO of Goldman Sachs. “The Cooperation Fund will increase Chinese investment in the United States, creating more opportunities for American workers and contributing to China’s economic transition and growth.”

As part of the partnership, CIC and Goldman Sachs will host an annual conference of business leaders from the two countries in the aim of further strengthening these ties, with the first one to be held in the US in the first half of 2018.