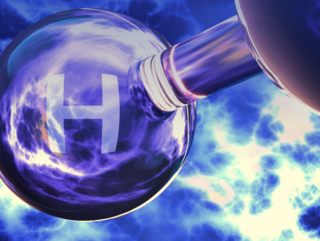 The report states clean hydrogen has emerged as a critical pillar to any aspiring net-zero path, with policy, affordability, and scalability converging to create momentum for the global clean hydrogen economy.

The report says the use of clean hydrogen could result in around 15% reduction in global greenhouse gas emissions.

Using its own net-zero model, Goldham Sachs has devised three hydrogen scenarios based on 1.5 degree Celsius global warming, one with well below 2C, and one on 2C. 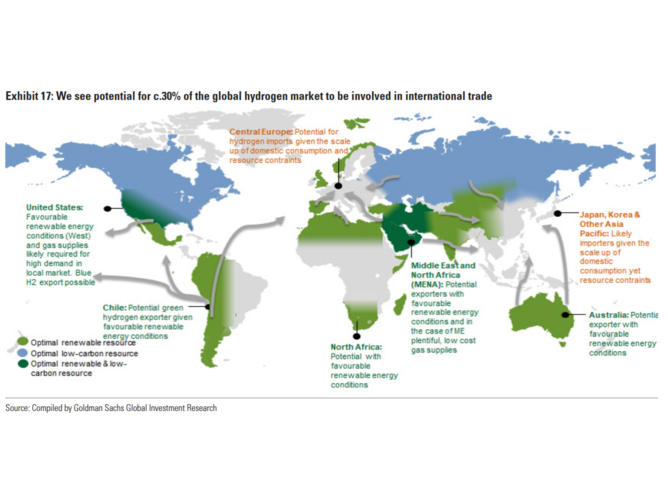 Meanwhile, more than 30 national hydrogen strategies and roadmaps have released pledging a more than 400-fold increase in clean hydrogen installed capacity this decade compared to 2020 as governments recognise the potential of hydrogen.

Goldman Sachs says: “We estimate US$5.0 trillion of cumulative investments in the clean hydrogen supply chain will be required for net-zero, while the total addressable market (TAM) for hydrogen generation alone has the potential to double by 2030 (to US$250 bn) and reach more than US$1 tn by 2050.”

Investments in the hydrogen industry have taken off, particularly in production technology

“Green hydrogen is the ultimate de-carbonisation solution, in our view, benefiting from the growth and cost deflation in renewable power,” states the report.

Affordability is rapidly improving with green hydrogen estimated to achieve parity with diesel in long-haul road transport as early as 2027 as costs decrease significantly, as has also been seen with battery technology.

The report identifies four technologies that are emerging as transformational, having a critical role in the path to net-zero:

Renewable power: This is a technology that dominates the ‘low-cost de-carbonisation’ spectrum today and has the potential to support the de-carbonisation of c.40% of total global GHG emissions.

Clean hydrogen: This is a transformational technology for long-term energy storage enabling an increasing uptake of renewables in power generation, as well as aiding the de-carbonisation of some harder sectors (iron & steel, long-haul transport, heating, petrochemicals).

Battery energy storage: It extends energy storage capabilities, and is critical in the de-carbonisation of road transport through electrification.

Carbon capture technologies: They are vital for the production of clean (‘blue’) hydrogen, while also aiding the de-carbonisation of industrial sub-segments.