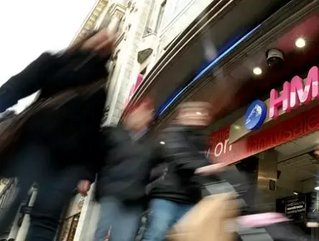 HMV announced Thursday the company’s new business model for its Canadian branch. Forcasting a continued evolution of the stores to match customers purchasing trends when it comes to entertainment, HMV Canada announced that it would be closing two stores in Vancouver.

Closing the Robson Street Vancouver Superstore and Richmond, BC locations in early 2012, the move from HMV Canada is a direct result of the changing nature of the entertainment retail industry. HMV Canada plans to move away from the superstore spaces of the past to create smaller boutique locations. Additionally, HMV Canada plans to enhance its online offerings for the digital marketplace.

“Although we're sad to part with an incredible space like Robson that our customers cherished, a store of that magnitude unfortunately does not fit into our long-term real estate strategy. We will continue to evolve and focus on selling our customers entertainment how they want it, where they want it and when they want it, a reflection of the new realities in the marketplace," said  President of HMV Canada, Nick Williams in a press release.

"In the meantime", continued Williams "we look forward to offering great entertainment options nationally via PureHMV's rewards program, online via hmvdigital.ca and through our 116 store chain across Canada, of which nine are located in British Columbia. As a thank you to our longstanding customers in the Vancouver area, we are offering an incredible year-end sale starting November 5th, celebrating the tremendous history of the Robson Superstore."