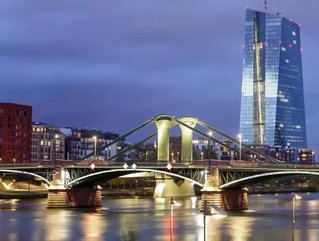 Major US banks are set to move a total of $283bn (€250bn) in their assets to Frankfurt as they reduce their existing UK hubs thanks to Brexit, Bloomberg has reported.

Financial giant JPMorgan Chase is set to lead the way in the mass migration, accompanied by Goldman Sachs, Morgan Stanley and Citigroup. This is set to take place after the UK’s exit from the EU, as the banks will set up German bases in order to comply with regulations.

Each of the four banks will increase assets held by their Frankfurt subsidiaries almost tenfold, according to Bloomberg’s sources. Citigroup has already made Frankfurt its EU trading hub while JPMorgan, Goldman Sachs and Morgan Stanley all state they intend to do the same.

Bank of America Merrill Lynch, however, while also taking operations out of London, has looked to Paris to base its EU operations.

Last year, JPMorgan’s leadership announced that it would move hundreds of its staff from London to its offices in Dublin, Frankfurt and Luxembourg to make EU operations easier after Brexit. CEO Jamie Dimon stated in July 2017 that it made sense to choose Frankfurt as a hub due to existing licenses.