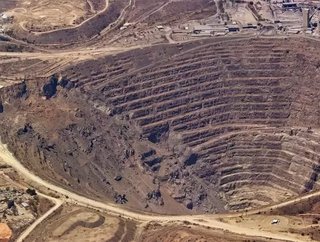 Toronto-based Lundin Mining has announced that it has put forward a CAD$1.4bn bid for fellow Canadian mining player Nevsun Resources in the aim of bolstering its operational portfolio.

The CAD$4.75-per-share bid reflects an 82% premium compared to Nevsun’s closing price as of 6 February 2018, before any knowledge of Lundin Mining’s acquisition intentions had come to light, with the company thereafter having eyed Nevsun’s high grade Timok copper project located in Serbia.

The formal offer marks Lundin’s second proposal to Nevsun in the space of three months, with Nevsun having been reluctant to engage in direct dialogue in regard to a potential deal.

“Following our attempts to constructively engage Nevsun since early February 2018, after having made a series of proposals and observing significant recent changes in the political landscape related to Eritrea, we have determined that the best course now is to make an all cash offer directly to Nevsun shareholders,” said Paul Conibear, President and CEO of Lundin Mining.

“Our offer will represent the clearest path for Lundin Mining to acquire the Timok project and for Nevsun shareholders to realize on the value of their investment without dilution and financing risk.”

Should a deal come to fruition, the acquisition would greatly enhance Lundin’s existing operations that currently span copper, nickel and zinc production across multiple mines in the Americas, Portugal and Sweden.