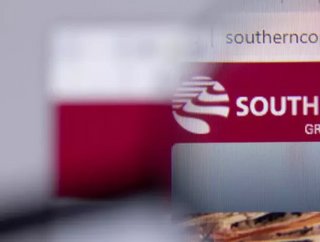 Long-delayed Southern Copper project, Tia Maria, worth US$1.4bn has been pushed back further after Peru’s economy and finance minister labels it unviable

Southern Copper’s frustration must be mounting as the company’s Tia Maria mine, located in the Arequipa region, receives yet another delay to its development. The US$1.4bn project has been labelled by Pedro Francke, Economy and Finance Minister for Peru, as “socially and politically” unviable as he notes the repeated production disruptions the project has experienced.

“Tía María has already gone through three or four waves of community and governmental attempts of repression and death,” he told the media, not holding back with his words. “I don’t think it’s appropriate to try again if you’ve already crashed into a wall of social resistance once, twice, three times... “

Peru mine proposal shunned by the government

The Tía María project has previously been flagged by Peru’s president Pedro Castillo and the Minister of Energy and Mines Ivan Merino as unfeasible, despite the administration’s persistence in exploring more of the country’s mineralisation. And as one of the world’s largest copper producers, Peru’s potential is tantalising for miners and the government when considering the economic boost lying just beneath the surface. But it seems that Southern Copper’s project is being shunned, having few supporters left to back its development.

Both 2011 and 2015 saw delays to Tía María’s construction as a result of aggressive demonstrations made by locals against the mine’s establishment. Concerns soon spread about the project’s potentially harmful side effects on the surrounding environment, causing widespread opposition before the mine had even begun development.

Additional protests also resulted after the previous Peruvian government gave the project the go-ahead in 2019, rousing a second wave of demonstrations, this time with more support.

Southern Copper is continuing to push for the project’s progression, unwilling to give up despite the growing opposition. Yet Tía María, with all its controversy attached, is looking increasingly unlikely to get any further than the stage it’s sitting at now, especially considering Peru’s temperamental relationship with mining operations in the more rural communities.

Tía María is predicted to generate approximately 120,000 tonnes of copper over the course of 20 years, creating around 9,000 valuable job opportunities. However, with the scale of opposition and queries rising over its sustainability, added to the lack of government support, the project looks stationary for the time being.