Mondelez investing millions in North America supply chain: what does this mean for US facilities? 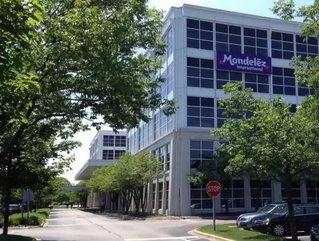 Times are changing for Mondelez International. The global snacks powerhouse is building up its biscuit supply chain throughout the Americas. The company recently announced that it is investing $130 million in the build-out of four new state-of-the-art production lines, touted as Lines of the Future, at its production facility in Salinas, Mexico.

"This new investment is part of our ongoing supply chain reinvention plan, as we implement several initiatives around the world to transform our global manufacturing processes to accelerate growth, reduce costs and improve productivity," said Daniel Myers, EVP, Integrated Supply Chain, in the press release from Mondelez International. "These investments will enable a significant percentage of our global Power Brands to be produced on advantaged assets and are key contributors to our overall margin improvement."

But what does this mean for facilities in the United States? The Salinas facility vied for funding along with Mondelez International’s U.S. biscuit plant in Chicago, and ultimately won out. According to the press release from Mondelez, the hyperefficient upgraded production lines in Salinas will replace the production currently done by nine outdated and less efficient lines at the Chicago plant—with this section of the business moving to Salinas, many jobs in Chicago will be made redundant. But Mondelez states that this new investment has been in the works since April and the company has been working closely with union representatives from the Chicago plant to ensure that it does right by its employees.

"The Chicago plant has been and will continue to be an important part of the company's North American biscuit footprint, producing a variety of beloved consumer products," said Olivier Bouret, Vice President, North America Integrated Supply Chain, Biscuits. "While the new investment will affect approximately 600 positions in Chicago, we're committed to treating all impacted employees fairly through this difficult time."

With that said, Mondelez International is not leaving production in the United States behind by any means. The company just recently announced a $170 million investment in its production facilities in Fair Lawn, NJ; Naperville, IL; and Richmond, VA. Mondelez International furthermore has stated that it will be investing in infrastructure and efficiency upgrades for its Chicago plant in the future.