Petronas to sell some of its Deep Basin assets in Alberta 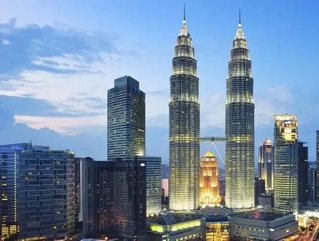 Malaysian state-owned energy company Petronas has announced its plans to sell some of its oil and gas assets in Alberta’s Deep Basin, currently owned by its Canadian subsidiary Progress Energy.

The assets that it has listed include 400,000 acres of land within the Deep Basin, with three gas plants and a significant pipeline network situated within this.

Progress Energy currently has a 63% interest in the Deep Basin region that produces approximately 5,500 barrels of oil per day.

The company has hired BMO Capital Markets, a leading North American investment banking company, to assist in the sale.

“BMO Capital Markets has been engaged by Progress Energy to assist with the sale of its Deep Basin assets in Alberta,” the bank revealed on its website, describing the Deep Basin as an “undercapitalised asset with significant low-risk development potential”.

The news comes as part of a wider Canadian retreat from Petronas, having scrapped its plans to build a C$36bn liquefied natural gas export facility in British Columbia back in July.

Having pulled out of the Pacific LNG export terminal in the northwest of the country, Petronas announced that it would be looking at other ways to generate revenue from its regional assets.