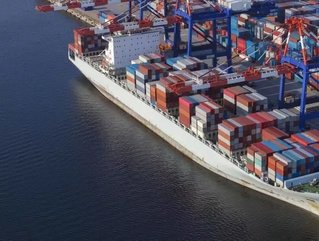 Expansions to the Fairview Container Terminal at the top Port of Prince Rupert, British Columbia, are now complete, with the extra capacity allowing the terminal to cater to the world’s largest container vessels.

“As global trade has grown, so has container vessels. In order to meet the needs of our customer and capitalise on other opportunities, we needed an upgrade,” said Maksim Mihic, General Manager of DP World Canada, the operating company behind the port.

The expansions have seen the port’s annual handling capacity increased from 850,000 to 1.35mn twenty-foot equivalent units, making it Canada’s second largest container handling facility behind only Delta, BC.

Mihic expressed that the ports continued expansion is largely down to its location, being both close to Asia whilst also having direct access to Canada’s most reliable rail network reach on the whole of the West Coast.

“Prince Rupert’s success has been driven by its unparalleled geographical position on the trans-Pacific trade route, its high terminal productivity, and its consistently low dwell times that have sustained despite our significant growth in throughput over the past two years.”

The expansions are expected to provide over 200 long-term permanent jobs, with a whole new workforce required to work the new terminal.

“This project is a significant addition to Canada’s trade infrastructure, and provides tremendous value to our shippers and many partners,” said CEO and President of the Port of Prince Rupert, Don Krusel.

“It has become a major contributor to the regional economy, and could not have been realized without collaboration and support of industry, labour, government, First Nations and our local communities.”