The rise of Bitcoin 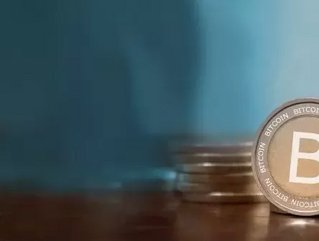 Despite the fact that many governments throughout the world refuse to acknowledge Bitcoin as a proper form of currency, even China going so far as to ban it altogether, a number of economists are urging such detractors and unbelievers to reconsider.

If the world's nations refuse to lend Bitcoin legitimacy, they say, it will likely be used exclusively in the black market to fund illegal gun transactions and illicit drug purchases. In that capacity, it could also fall into the hands of money launderers and terrorists, they added.

The virtual currency rocketed in value to $10 per unit at the beginning of 2013 to upwards of $800 in mid-December, making Forbes acknowledge the news as the 'Bitcoin Boom'.

Governments such as China's fear that Bitcoin, which is generated through complex computer code, will undermine its own central bank, wreaking havoc on the international economy and their own. Even the media is getting in on the act, with the New York Post publishing a recent editorial in which it refers to Bitcoin as a high-tech "Ponzi scheme."

Satoshi Nakamoto, a mathematician, founded Bitcoin in 2009. His system hinged on their being a limited number of Bitcoins available. However, Nakamoto left the project in 2010, and those who are still involved do not hold the power to ensure that the currency remains limited, as it is now in the hands of the international public.

Bitcoin's reputation suffered a blow in October when the Federal Bureau of Investigation shut down online illegal drug trade site, Silk Road, which relied on Bitcoin as its primary currency. However, Silk Road did more to publicize Bitcoin than any other single entity.

Even so, Bitcoin gains more fans and more credibility daily, with investors such as Tyler and Cameron Winklevoss, the twins and Harvard graduates who fought Mark Zuckerman in court over rights to Facebook, sinking significant funds into the currency.

One of the Channel Islands is in conversation with the Royal Mint about minting actual physical Bitcoins in order to make the virtual currency a little less virtual.

Those tracking the rise of Bitcoin say JP Morgan's recent filing of a patent for an electronic currency of its own is testimony to the power of Bitcoin. If an investment bank as large as JP Morgan is acknowledging that Bitcoin is making an impact, they note, the virtual currency is well on its way to mainstream acceptance. Other leading credit card merchants have expressed interest in owning electronic currency patents as well, making it an inevitable in the future of global currency.

Many retailers and food vendors are beginning to accept Bitcoin for their goods. These include Target, the United States' third-largest retailer.

The New York Times and London Telegraph recently acknowledged the growth of Bitcoin as an apparent irreversible economic force. Motley Fool, meanwhile, predicted Bitcoin will gain acceptance by several governments, more merchants and more consumers, cementing its existence as a currency in the modern world.