Safety for Consumers' Wallets May Not Rest Atop Trans Mountain 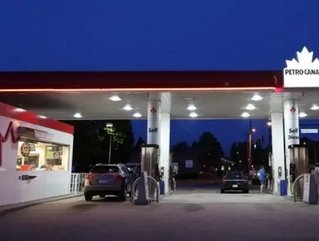 Kinder Morgan Energy Partners' expansion to the Trans Mountain Pipeline faced another wave of hostility as Aboriginal communities intensified  their opposition rhetoric earlier this week. As opposition groups garner media attention and the expansion faces the threat of delay, Western Canadians have an opportunity to consider another angle.

How could this plan affect my budget?

This past year, ForestEthics Advocacy reported to the B.C. Government that tar sand producers will receive an additional $2-$3 USD per barrel every year, which will then apply to all oil produced in Canada and, therefore, Canadian consumers. Factor in the average transportation costs for British Columbia and Alberta households, which were reported at $10,319 ($10,417 USD) and $14,687 ($14,826 USD), respectively, and consumers can draw conclusions as to how deeply they may be affected.

An increase in the production levels of tar sand producers indicates that Canadian oil producers will likely raise the amount they in turn charge consumers. In the report, Robyn Allen, former CEO of the Insurance Corporation of British Columbia, said this $2-$3 USD increase on British Columbians will effectively zero-out any potential savings or gains the project would bring. She added this can only increase prices for other industries dependent on oil consumption, as well as further hurt local economies.

According to a release from MJ Ervin & Associates, a petroleum industry consultancy, there may not even be a hit to consumers—but there wouldn't be a benefit, either: They believe expansion of the pipeline will actually decrease domestic crude oil production.

"Crude pipeline expansion will hurt some refiners, but that will not effectively cause an increase in the price of gasoline or diesel fuel," the release said.

Kinder Morgan Energy Partners maintains that the impact to local communities will amount to billions of dollars from construction and material contracts as well as federal and municipal taxes. They also say increases in temporary jobs and local spending will benefit residents around the expansion zone for years to come.

There is no doubt Canada will have itself a goldmine should the expansion pass—Kinder Morgan projects  access to Asian markets to yield high financial potential. But if current delays are any indication of how many groups are waiting to voice their disproval, consumers may not need to worry if their wallets will ever take a direct hit from the plan.