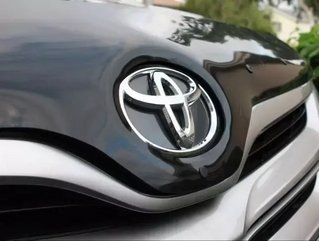 Japanese automakers Toyota and Mazda have partnered up to build a new $1.6bn manufacturing plant in Alabama, announced at an event held in Montgomery this week.

The joint venture will see both companies investing $800mn funding each, with Huntsville having been selected as the site for the facility, located 14 miles from Toyota’s existing manufacturing plant.

“The partnership between Mazda and Toyota will expand innovative automotive manufacturing in Alabama,” Governor Ivey said. “Their decision to locate this new facility in Huntsville is a testament to the talented workforce in our state. We are proud that this partnership puts Alabama on the forefront of technology in this dynamic global industry.”

The plant will become Toyota’s 11th manufacturing facility across the US, with the company having committed heavily to the country in recent times, including a $10bn investment program for the period through 2021.

“Our investment to establish a new vehicle assembly plant with Mazda builds on the strong success we have enjoyed in Alabama where we produce engines for the North American market,” said Toyota Motor Corporation President, Akio Toyoda. “Starting from 2021, I’m confident that we will run a highly competitive plant, by bringing together the expertise of Toyota and Mazda as well as the excellent Alabama workforce.”

In terms of numbers, the plant is expected to create up to 4,000 new jobs, with the capacity to build approximately 300,000 new vehicles annually.

“Mazda makes cars with a clear vision of how we want to inspire people, contribute to society and help preserve the beauty of the earth,” said Masamichi Kogai, CEO and President of Mazda Motor Corporation. “By making such cars here in Alabama, we hope that over time our plant will come to occupy a special place in the hearts of our employees and the local community.”

The move also bolsters Alabama’s reputation as being a hub of automotive manufacturing within the US, producing the fifth largest number of cars across the US.

Production is expected to begin before the end of 2021.