U.S.-Cuba Relations Not So Good for Canada 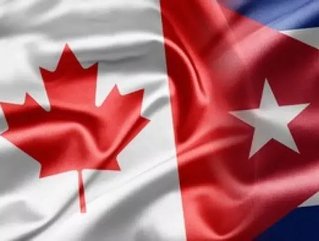 The rebuild of U.S.-Cuba relations is expected to lead Cuba to a brighter future with greater economic expansion. Some experts believe that the stronger the Cuban economy becomes, the greater the potential for Canadian investment.

However, not all Canadian business owners and investors share this sentiment. An improved relationship between U.S. and Cuba will attract many new investors to this Caribbean country, making investment and exports much more challenging for Canadians.

Once the embargo is lifted, Canadians can expect to see changes such as:

Travel experts claim that once Americans are allowed to travel to Cuba, Canadians can expect a 20-30% hike up in their all-inclusive vacation prices to the Caribbean island.

As the demands for travel destinations and hotels in Cuba increase, the opportunity will rise for Cuban business owner to increase their prices. This is simply the supply and demand price determination.

In the 52 years since the trade embargo, Canadian cigar shops have benefited from the sale of their Havana stogies to Americans. With U.S. President Barack Obama announcing a plan to normalize relations with Cuba, those law-abiding Americans may soon be able to legally light up an authentic Cuban.

Other sectors of Canada’s economy that may experience an impact from the re-establishment of diplomatic ties between the two countries are:

The U.S.’s considerable production power and its geographic proximity to Cuba will surely bring about stiff competition for Canada.

It remains unclear how Canadian companies stand to benefit or lose out from a re-establishment of a U.S.-Cuba bond.  As the Cuban market becomes available to the U.S., there are expectations that beginning exports would be mostly consumer goods.  Canada does not participate in the consumer goods market in Cuba.