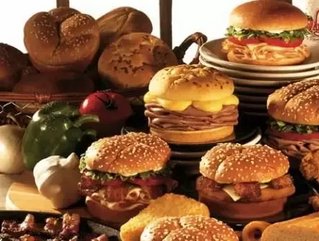 There seems to be some commotion in the fast food world as the Wendy’s chain known for its square burgers has agreed to sell Arby’s to equity firm Roark Capital Group. Arby’s Group announced Monday that it will sell the stake in its struggling Arby’s brand. The short-lived union of the burger chain and roast beef sandwich restaurant began in 2008 and represents a role reversal, according to reports on Forbes. Apparently, Arby’s was the one to initiate the merger and then found itself being dumped.

In an interview with the Associated Press, Wendy's/Arby's Group CEO Roland Smith said that the merger of the two fast-food chains had "absolutely not" been a failure.

"I think that at the time we put the two brands together it was the exact right thing to do," Smith said in an interview with Forbes, "but any business that continues to do well and perform has to be nimble and adapt to what the market is."

Wendy's/Arby's shares rose 14 cents, or 3 percent, to $4.66 in late-morning trading, as investors began to see more clarity about the company's future. Shares still remain well below $5.90, the price on the day the merger was announced in September 2008.

According to news reports, Roark, owns Moe's Southwest Grill, Cinnabon and other restaurants, will pay $130 million in cash for an 81.5 percent stake in Arby's. It also will assume $190 million worth of Arby's debt.