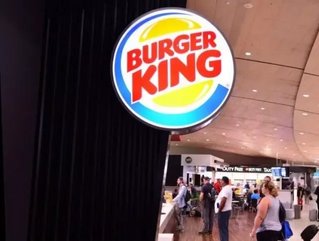 After just one year on the menu, Burger King is pulling its low calorie fries from most restaurants.

Burger King confirmed that more than 100 million portions of Satisfries have been sold, however that was not enough to keep them on the company-wide menu.

When they were added, Burger King believed the Satisfries would give them the edge against McDonald’s - owing to the fact they had 40 percent less fat and 30 less calories than McDonald’s fries. Uptake has been slower than expected.

Out of the company’s 13,000 restaurants worldwide, approximately 2,500 franchises will continue to sell the lower-calorie option.

The announcement is Burger King's latest effort to shake up the French fry market. Earlier this week, the Miami-based chain announced that it is bringing back chicken fries after a two-year hiatus, but only for a limited time at certain restaurants.

The company is working alongside eBay to make the most of the chicken fry launch. Customers can bid for branded merchandise, including a yellow chicken-themed T-shirt for $41.

In another experimental move last year, Burger King launched a hamburger with fries on it for $1. But that is no longer listed on the menu.