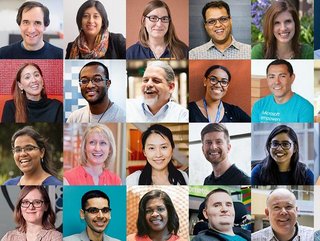 Microsoft is the latest US company to agree to conduct a civil rights audit, joining an increasing number of companies – from Wall Street to big tech – that have announced such audits in recent months.

As part of a commitment to diversity and inclusion that the firm says is “grounded in accountability and transparency”, Microsoft will commission a third-party audit of its workforce policies and practices.

This comes as more companies in the US pledge commitments and policies to advancing racial equity in the wake of the protests that erupted across the US in 2020 following the murder of George Floyd.

Advocacy groups and investors argue that systemic racism continues despite many companies claiming to advance racial equity, and that independent audits are a way to help address the ongoing issue, and ensure corporations are practicing the policies and pledges they preach.

Put simply, they want companies to walk the talk on diversity, with audits typically assessing how companies handle issues such as gender pay equity, leadership diversity and privacy.

Among activist groups putting pressure on firms is Tulipshare, whose strapline is ‘rethinking ethical investments’, and whose latest study found that tech sector workers from minority ethnic backgrounds are more than twice as likely to have experienced explicit racism than employees in other sectors.

In light of this recent study, Tulipshare is pushing tech firms to hold audits, among them Salesforce, with the CRM giant recently rejecting proposals for a racial equity audit.

While civil rights audits, aka racial equity audits, are nothing new, having started back in 2016, they are being adopted increasingly by corporations as pressure mounts from investors and stories of racial inequity are leaked.

Airbnb became the first major US corporation to conduct an audit in 2016, followed two years later by Starbucks, which agreed to an audit following a racially-charged incident.

A number of firms have resisted pressure to undertake audits, before finally conceding following negative headlines and investor pressure.

Facebook, now Meta, resisted calls for an audit at first but subsequently agreed upon mounting pressure to address issues of content moderation.

And last year, the world’s largest asset manager, BlackRock, pledged to commission an independent audit into its DEI practices following a string of negative news stories about its culture, which were at odds with the image BlackRock has projected publicly as a champion of diversity.

In a letter to shareholders in April last year, BlackRock’s CEO Larry Fink said the asset manager’s high-performance culture “is not perfect” and he pledged to reset “behavioural expectations”.

After resisting calls for audits, JPMorgan and Amazon recently agreed to undertake them, with JPMorgan planning an audit of its US$30bn commitment to advancing racial equity made in 2020. Similarly, Citibank has organised an audit of its US$1bn pledge to help close the racial wealth gap in the US.

And in March, Apple shareholders approved a proposal to conduct a third-party audit to help improve its civil rights impact following reported metrics that show that Hispanic and Black employees only represent a small percentage of tech employees and leadership roles at the firm.

And last week, McDonald’s, which had until recently fought pressure to undertaken an independent review of its practices, agreed to one after social investment firm, SOC Investment Group, proposed the audit.

In a statement, McDonald’s said it was “committed to providing equitable opportunities for our employees, franchisees and suppliers”, and while it was proud of progress to date its efforts were ongoing and “consistent with these efforts, we have engaged a third party to conduct an assessment”.

Civil rights audits – what are they and how do they work?

Civil rights audits, aka racial equity audits, are independent examinations of whether the company causes or perpetuates discrimination.

Audits may focus on an entire business, or just part of a business, for example, on social justice pledges made by corporations.

Among some of the things an audit examines are advertising tools used by social media platforms and their impact in spreading targeted information to low-income groups, as well as the algorithms firms use to see if they perpetuate biases against people of colour.

Once the audit is done, the auditors publish reports with findings and recommendations. Recommendations might include training to promote diversity in the workforce.