Can other restaurants learn from Tim Hortons' recent marketing technique? 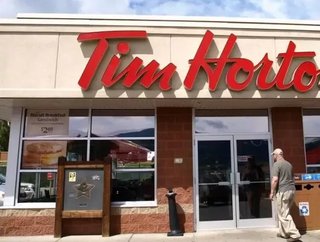 When you think about Tim Hortons, what often comes to mind? Coffee and donuts? Though the coffee chain has been in business for quite some time, the company clearly understands the importance of marketing—specifically when it comes to launching a new product.

In an attempt to get their new frozen chocolate drink noticed, the fast food company has decided to take part in a new marketing technique—a prank ad campaign. In short, Tim Hortons has implemented the act of levitation in attempt to get consumer’s attention.

The franchise’s new chocolate drink—which has arrived just in time for summer—can be seen alongside Canadian magician Darcy Oake and two local actors.

Specifically, the video showcases an actress taking a sip from the drink before floating off of her chair in front of a full restaurant. Then, her boyfriend commands the venue’s attention with his scared expression.

The magician in question originally gained fame from his stint on the TV show Britain’s Got Talent and has since signed with Los Angeles-based talent agents Creative Artists Agency. However, when it comes to revealing the magician’s secret and how the stunt was officially pulled off, the ad agency behind the promotion—JWT Canada—is keeping quiet.

How important are commercials?

Due to Tim Horton’s new commercial and technique of both entertaining and shocking the consumer, we’ve started contemplating how important a commercial really is for a company.

Today, there are so many different ways to advertise you’re company. Of course, it’s important to stand out and be different (i.e. Tim Hortons’ fun and campy ad), but how do you effectively do that? Take a look!

When it comes to commercials, you have to show the audience what you have—and quickly! It’s important to catch the audience’s attention as fast as possible. Not to mention, commercials are already short—usually 30 seconds—so time is definitely an essence.

Because commercials are often dubbed “tedious,” it’s important to entertain and/or evoke an emotion from the audience. You want your commercial and your brand to stick in the viewer’s mind. Even more so, you want the viewer to get up (immediately) and go after the product you’re advertising. If your commercial is clever enough, this can be done!

So, in a word, yes, advertising is important. But furthermore, there is still a place amongst Facebook and the Internet for commercials and TV ads.

For more information regarding Tim Hortons and the food industry, make sure to visit our sister brand Food Drink & Franchise.