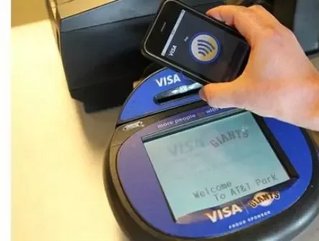 Reports have been confirmed that Google will announce its mobile payments platform, Google Wallet, at today’s Google Partner Event in New York. Smartphone users can tap their phone against a card reader to pay for goods and services. The service will allow users to combine coupons, discounts and payments made at the time of purchase using their smartphone.

CNET offers the following tutorial on how Google Wallet will work:

“Together the services will work like this: Coupons for items you buy regularly will pop up on your phone, or items the store you're shopping at is out of will pop up on the phone and let you buy that item online. When you check out, you wave your phone over a terminal, which will charge your card. Meanwhile your loyalty points with that merchant will be added to your phone. Eventually receipts will be delivered to your phone.”

Stephanie Telenius, VP of Commerce for Google says the company plans to bring all parts of the retail experience together to make “tomorrow’s best shopping experience.”

The first phone slated to integrate Google Wallet will be the Android-based Nexus S, which has an NFC chip built inside. The program won’t be out until summer and San Francisco and New York City will be the first cities to guinea pig Google Wallet before expanding into other cities. The first retailers to adopt the technology will be Macy’s, Subway, Walgreens, Toys R Us and Noah’s Bagels. Google is partnering with Sprint, MasterCard, Citi and First Data for its payment service.

While this concept may sound foreign to you, officials believe NFC technology may be safer than actually holding credit cards in your physical wallet, as a smartphone’s password and encryption will make it harder for credit information to be compromised.