The importance of maintaining brand identity when diversifying 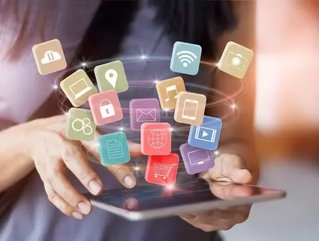 We live in a changing marketplace. Although all of the traditional staples of customer service are still welcome, they are becoming less important to a new generation that had grown up with the ubiquity of online shopping platforms and a plethora of choices like never before. More and more high-street retailers are suffering at the hands of the growth of at-home point-and-click shopping, and it seems that the power of a strong brand identity is greater than ever before.

With this in mind, Business Chief spoke to branding expert Allen Adamson, author of various books esteemed at universities globally on the topic, including his latest title ‘Shift Ahead: The Best Companies Stay Relevant in a Fast Changing World’. He spoke to us about how the power of brands is changing in the modern world, and the challenges of diversifying in a changing landscape.

“In my world a brand is what your story is,” he says. “One of the challenges that many marketers face is ‘what is their story? What do they stand for?’ Once you figure out your story, your brand, what has become increasingly difficult is ‘how do you get that story out there?’ Like many things, a theory in marketing and branding is pretty easy, but execution is really hard. What I mean by that is people only recommend extraordinarily good things or talk about extraordinarily bad things. They don't recommend or talk about things that are just ‘okay’.”

Consumer habits are no doubt changing too. In fact, a recent study by EFG Companies looking at digital purchasing in the car market revealed that half of customers will now check reviews online before even contacting a dealership. Not just that, but the study would also indicate that we are becoming more picky and impatient: 43% of the pool of almost 1,500 respondents said that they were more likely to visit a dealership if it had plenty of information on its website, and 83% expected a response from the dealership within 24 hours of sending an online vehicle inquiry, with 16% wanting information immediately or within the hour.

However, the nature of the response people are expecting has changed, with only 9% wanting a phone call from the dealership after they’ve submitted an online request. Not just that, but Adamson believes the way we are interpreting the world around us now is changing the way that consumers are recommending products. He says it’s now more often about how they appear visually than whether they’ve been recommended by one person to another.

“Younger consumers are spending more and more of their time sharing stories, sharing ideas, sharing pictures,” says Adamson, who is also the founder of marketing and branding consultancy Metaforce. “With that in mind, I think ‘word of eye’ is becoming more important than word of mouth. I think the quality or the visual appeal of things is growing in importance because people are visual to begin with, and now that they can share pictures as fast as they can share words and ideas, you have to look good no matter what you're doing.

“A couple of years ago I went to the Consumer Electronics Shows in Vegas and no matter which manufacturer I looked at, from 20 companies from China and from India that I've never heard of to Apple, Sony and Samsung, everyone's products looked spectacular. All of a sudden, even the cheapest products looked incredibly stylish. Now, if you don't look good, most consumers are not going to read the product specs to find out what's inside. They'll make a snap decision and if you don't look good, you can't fix it.”

Another trap that manufacturers have to avoid falling into is having too myopic a viewpoint. If you are Coca-Cola, don’t just look at Pepsi as your major competitor or you could fall off the pace. With so much choice out there now, every soft drink manufacturer is a competitor.

Blackberry is a prime example of a company which has suffered from being too tunnel-visioned in its approach. The Canadian smartphone provider did help to drive the boom in smartphone pervasion, but staunchly believed that consumers would never move away from using a keyboard.

The entire management team was convinced that the iPhone and touchscreens were a toy that kids would be playing with, but that any serious person typing out messages for business would never give up their keyboard. This undiversified view was why Apple and other competitors were able to steal a march and ratchet up their market share.

It’s a danger for every company, but do these changes in consumer behavior and the requirement for increased brand awareness mean it’s now harder to diversify your line of products within an overarching brand identity?

Adamson doesn’t believe so, but he does feel companies need to be a little cleverer about how they do it, ensuring that the integrity of what their company stands for is not compromised. “You have to make sure that whatever product you go into, the benefit of your brand is still delivered in that new category or that new segment and it reinforces what the core idea is,” he asserts.

“I think BMW has been pretty successful switching from sports sedans to SUVs. Yes, their SUVs perform differently than their other models but when they talk about why their SUV is better than other SUVs, it's still tied to that core idea of ‘the ultimate driving machine’. If you're in an SUV, ‘the ultimate driving machine’ lets you go through a riverbed and up an incline without tipping the car over, and through mud and muck. If you're driving a sports sedan, that means you can go around the corner on the highway at 60mph and not feel that you're going 60mph around the corner. They have a clear definition of what BMW-ness is.

“Now they're experimenting with electric cars, the definition of what ultimate driving means has some latitude but no matter what it is, the worst thing you can do to a brand is to line-extend it or diversify into a product that's unsuccessful and is rejected by the market. Because not only will you miss the opportunity to sell SUVs if you're BMW, but you'll do more damage to your core product line.”

An example of a company losing vision of what made its brand truly special, as Adamson illustrates in his latest work, is Sony. “Sony used to stand for magical things when they first were around,” he says. “Their television sets, their screens had matchably better color than anyone else’s. When you put on their Walkman 20 years ago, the sound was phenomenal. Then they started to stick the Sony name on products that didn't give you goosebumps like clock radios, shower radios… not quite toasters, but they put their name on everything and all of a sudden on phones that were not that good.

“I think the key part of success today is being able to deliver your brand benefit in whatever form your customer wants it. The trick is not to go so far where you're just extending and, like the Sony story, you have nothing special. When we look at brand extension we look at both fits. Yes, the Sony brand can fit in shower radios but does this have any leverage?

“If you can't deliver a great experience at these new diversification points then you're basically diluting your brand, you're stretching it too thin. You are looking at short-term sales versus long-term success. More and more brands have stretched so far that they don't stand for anything because they become diluted. Famous theory is ‘the stronger the focus, the stronger the brand’. If a brand stands for everything and is in every category it's going to lose its success.

“All of sudden people looked at Sony and said ‘oh, it's not that special. Their phones aren't that good. The shower radio is not that great’. They lost their sizzle because they diversified well beyond their ability to deliver a core Sony experience.”