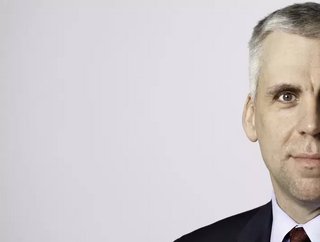 Companies should do all they can to ensure they upskill their project management talent pools, says Chris DeBrusk, Partner, Digital Practice, Oliver Wyman

Since the birth of agile in 2001, there have been predictions about the demise of the project manager role. Arguments tend to revolve around the concept that smaller, more focused teams executing lighter-weight software development processes would be able to self-organize around a defined set of goals and would no longer need someone dedicated to a process management role.

There is some truth to this argument. When executing a transformation effort using an agile or agile-like approach, there are tasks that would have traditionally fallen to a project manager which are either no longer done or transitioned to people who are playing new roles. The most common example is that of the role of a scrum master, an agile role which shares a number of coordination tasks with a more traditional project manager role.

Does that mean we can eliminate the project manager role when planning a transformation? Probably not, although the role does need to change to remain relevant in our new agile change world.

As organizations deploy agile to support their transformation agenda, the traditional waterfall SDLC is changed fairly radically. Introducing scrum and Kanban causes an organization to learn and adopt a whole range of new processes to define and document requirements, construct software and deploy new capabilities to users and customers. When done correctly, many of the processes that a project manager would have traditionally performed are instead implemented via tools and defined procedures. DevOps processes and testing automation increase the degree to which a traditionally manual process is implemented via software rather than people.

In an ideal world, a team following agile will self-organize rather than requiring a single person be appointed to direct the SDLC they are leveraging. In these cases, the role of the project manager is significantly diminished and perhaps eliminated entirely.

Traditionally the sponsor of change initiatives was a corporate executive. They were busy, tough to schedule, and working on a number of efforts simultaneously. Given the need for day-to-day decision making to continue to advance the effort, the project manager became a proxy for the executive sponsor (not always effectively). A key part of their role was to stack up decisions for the sponsor to make, get them made very efficiently, and then communicate the result back to the wider team. They also acted as a meeting coordinator and prepared all project documents to support meetings involving the sponsor.

In an agile context, the role of sponsor is often repositioned to that of product manager. Unlike busy and often unavailable sponsors, a product manager needs to be the heart of the agile effort. They own the business or customer solution and, if the team is going to be effective, need to be directly involved with product owners, designers, and software developers. They are the day-to-day decision makers and the all-important “sponsor meeting” is no longer required to get decisions made.

The ideal agile team is small and as it grows, the SLDC processes that make it effective start to break down. Jeff Bezos is credited with coining the term “two-pizza team” and it really is an apt analogy. If you cannot feed an agile team with a couple of pizzas, it most likely is too big.

That being said, when a transformation effort steps into the realm of business process change, the number of people who need to be involve to understand an end-to-end business process and to decide how it needs to change can be quite large. While not full-time members of the agile team, these process experts are critical to the success of the transformation.

As you increase the number of people who are involved in an effort, the work necessary to coordinate increases as well. Project managers are experts at coordinating across wide groups and are critical when you are dealing with complex business process change that impacts more than one team or organizational group. There really is no role defined within agile that is responsible for picking up this sort of task.

One of the best ways to facilitate a change in how an organization works is to engage that organization directly in defining, planning, and executing the change. People like to feel like they have a voice in how their world is being transformed. Engagement improves adoption.

Yet again, this creates a complex coordination effort that requires a project manager to execute. While techniques like sprint demos are very effective in helping people understand proposed or planned changes, they are a poor substitute for active engagement.

If course not every transformation effort can be successfully executed by a two-pizza team. More often, the scope requires multiple teams organized as a program and engagement with different parts of the organization. When a change encompasses an end-to-end customer “journey” you often have multiple product teams who need to be involved.

This all takes a level of coordination which is very difficult to automate which quickly leads to the need to assign a project or program manager to the change effort. Without someone in this role, there is simply a lack of transparency across the wider effort and coordination becomes much more difficult.

Most agile frameworks embed a degree of change risk management into their processes. They define, track, and manage issues and risks, and introduce reviews, checkpoints, and signoffs. When a team is resourced with experts in each defined role, and the team has worked together previously, these processes can be very effective in managing the risk that the change effort goes off the rails.

Of course, having a skilled team which has worked together is often a luxury that many organizations cannot count on. In these cases, additional risk management needs to be deployed to avoid expensive mistakes from being made. A good project manager is at their very core a change risk manager. It is the critical skill that someone who plays this role needs to have to be effective. Assigning a project manager to a transformation effort can serve as a very effective insurance policy and help you avoid failure.

The Future of the project manager role

As organizations adopt agile and drive their transformation efforts using a more iterative approach with increased alignment between business and technology stakeholders, the role of the project manager is definitely going to change. That being said, it will be a rare organization that is able to eliminate the role completely. More likely is that the role will become one of enterprise coordination, organizational change management, and risk management and less a manager of SDLC processes.

Successfully navigating this transition is going to take both a change in how organizations think about their project managers and how they train and provide them with career paths. It will also require that project managers consider what skills are going to make them effective into the future, and likely require many people currently playing this role to learn new skills and expand their business, technical, and process capabilities.