Tweeting Election Results Early May Lead to Trouble for Canadians 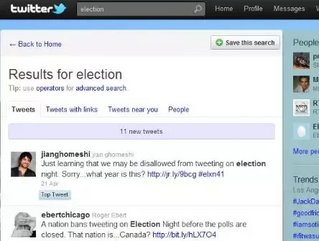 Using social media to tweet election results before polls close next month may be a bad idea. Potentially resulting in a $25,000 fine and up to five years in prison, posts may come under the Canada Elections Act which mandates there be no premature election announcements.

Elections Canada, a non-partisan agency that administers Canada’s federal elections, says it will enforce the 73 year old law. The law specifically states that it is illegal to announce or send messages about election results until polls are closed.

Originally enacted in 1938, the law was made to prevent radio stations from prematurely transmitting election results, which could potentially influence voter behaviour in Western Canada because of time zone differences. Elections Canada says that social media messages announce publically could be seen as breaking the act.

Elections Canada doesn’t really have a choice. Its administration of the federal election means it has to follow law. The agency says it does not plan to monitor Twitter streams, but if it receives complaints, the Elections Canada Commissioner will have to investigate them.