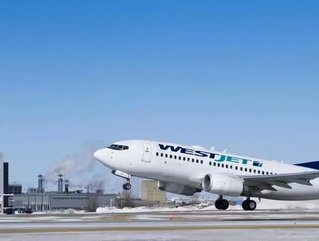 Leading Canadian airliner WestJet has announced that its upcoming "ultra-low-cost" service Swoop will launch on 20 June.

This is in addition to further routes being launched between Edmonton and Abbotsford one month later on 25 July, with Swoop set to use the Boeing 737-800 aircraft across all of these routes.

The aircraft will contain 189 passenger seats, with travellers then able to select what bolt-on additions they would like to their basic flight package. This will include the option of WiFi, more baggage, greater legroom, movies, snacks and drinks.

"We thank our launch airports for their support in getting Swoop off the ground. Low cost is the key and Hamilton and Abbotsford are examples to be followed," said WestJet's Executive Vice President of Strategy and Head of Swoop. "Keeping costs low so that the savings can be passed on to the travellers is what Swoop is all about."

Accounting for all of these journeys, Swoop will have 45 flights weekly including 24 from Hamilton and 27 from Abbotsford.