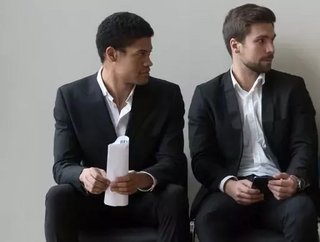 The pandemic has impacted gender equality, with women losing jobs at higher rates and gender gaps most prominent in jobs of the future, reports WEF...

When it comes to gender parity and the future of work, the pandemic has lengthened the gender gap by a further 36 years and made it more difficult for women to get jobs due to post-pandemic roles being ones wheere women are traditionally under-represented.

The pandemic it seems has an impact on women in work worldwide, according to World Economic Forum’s Global Gender Gap Report 2021, the 15th edition, which finds that closing the gender gap has increased by a generation (36 years) from 99.5 years in 2020 to 135.6 years in 2021.

Pandemic has worsened work for women

Despite progress in education and health, women face economic hurdles and workplace challenges in particular, with the economic gender gap set to take another 267.6 years to close, according to the report, as progress towards gender parity has stalled in a number of large economies and industries, partly due to women being more frequently employed in sectors hardest hit by lockdowns combined with the added pressures of caregiving at home.

“The pandemic has fundamentally impacted gender equality in both workplace and the home, rolling back years of progress,” says Saadia Zahidi, MD, World Economic Forum. “If we want a dynamic future economy, it is vital for women to be represented in the jobs of tomorrow.”

Firstly, women are losing jobs at higher rates than men (5% versus 3.9%), partly down to women have a bigger representation in sectors more directly disrupted by the pandemic, like the consumer sector. Added to this, Ipsos survey data reveals that housework and childcare fell disproportionately on women.

More difficult for women to switch to emerging roles

One of the worrying parts of the research, however, is the difficulty women face in switching to the jobs that have emerged post-pandemic as the jobs of tomorrow, jobs where women are already currently under-represented. In fact, only two of the eight tracked ‘jobs of tomorrow’ clusters – People & Culture and Content Production – have reached gender parity, with most delivering a severe under-representation of women.

This combined effect of accelerated automation, the growing ‘double shift’ and other labour market dynamics like occupational segregation, the pandemic is likely to have a scarring effect on future economic opportunities for women.

“Women aren’t well represented in the majority of fast-growing roles, which means we are storing up even bigger gender representation problems as we emerge from the pandemic,” says Sue Duke, head of Global Public Policy at LinkedIn.

Duke points to such roles as playing a significant part in shaping all aspects of technology and asserts that women’s voices and perspectives need to represented at this “foundational stage, especially as digitisation is accelerating”.

So, what can companies do about it?

The good news is that gender-positive recovery policies and practices can tackle the potential challenges. And now, as we emerge from the pandemic, is the opportune time to embed gender parity by design, according to Zahidi, who says that now, more than ever, it’s crucial to focus “leadership attention, commit to firm targets and mobilise resources”.

Duke advises companies to build diversity, equity and inclusion into their plans for recovery. “assessing candidates on their skills and potential, and not just their direct work experience and formal qualifications, is central to that,” she says, adding that “skills-based hiring is key if we’re going to make our economics and societies more inclusive”.

The report recommends increased investment into the care sector and into more equal access to care leave for men and wome, policies and practices that proactively focus on overcoming occupational segregation by gender, effective mid-career skills-development policies for women and managerial practices that embed sound, unbiased hiring and promotion practices.