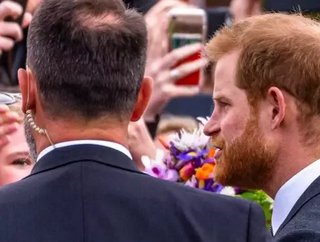 As Prince Harry secures his first executive role, as Chief Impact Officer of mental health startup BetterUp, we deliver the lowdown on this HR tech unic...

This marks Harry’s latest foray into the business world following the Duke’s decision to step back from royal duty and lead a life as a financially independent royal. He and his wife Meghan have already landed deals with Spotify and Netflix.

In this brand-new role, Harry is expected to help BetterUp with initiatives including product strategy and charitable contributions as well as advocating publicly on mental health issues.

This is an unusual move in business, because while celebrities are often used by companies to boost their brands, they are usually appointed to the board rather than to an executive level role. Better Up CEO Alex Robichaux explained that the company had chosen the role of Chief Impact Officer for Harry as it best reflected the variety of responsibilities he would be undertaking.

Prince Harry no stranger to working in mental health

Of course, Prince Harry is no stranger to working in the area of mental health or talking about it, having been vocal about his own experiences, talked openly about his mother’s mental health suffering, and more recently supported his wife Meghan, the Duchess of Success, in her public declaration of suffering with mental health.

He’s also long supported mental health charities. In 2016, along with the Duke and Duchess of Cambridge, Harry led a UK nationwide campaign, Heads Together, involving a number of charities to end stigma around mental health. And just this month, the Duke announced that his and Megan’s Archewell Foundation, an impact-driven non-profit designed to uplift and unite communities, would support UK mental health charity Mind.

Harry has also been involved with product strategy having initiated the highly successful Invictus Games Foundation, an international adaptive multi-sport event for wounded and sick armed services personnel, which he launched back in back in 2014 and for which he has remained a private patron.

So what's the deal with BetterUp?

Co-founded in 2013 by leadership and development innovator, Alexi Robichaux (CEO), and ex Bain & Company consultant Eduardo Medina (COO), BetterUp is a global leader in mobile-based coaching, counselling and mentorship, boasting an all-in-one platform that combines behavioural science, Ai technology, and human interaction to optimise personal growth and professional development in support of a person’s whole health, at work and in life.

Since its founding the Silicon Valley startup has built the world’s largest coaching network of over 2,000 coaches, and has grown to a team of more than 270 employees, serving over 300 enterprise businesses including Hilton, Google, Mars, NASA, Chevron, Warner Media and Airbnb, and has served over 100k000 members to date

In the past year, the company has more than doubled its annual recurring revenue, grown its customer base by 80%, recorded a net revenue retention reate of over 140%, and seen its number of coaching sessions more than double YOY.

Last month, the company raised US$125 million in a Series D funding round, valuing the company at US$1.73 billion, and investors in BetterUp have included Tesla, SpaceX, Snap, Mulesoft, Social + Capital and Lightspeed Ventures.

According to Robichaux, “by investing in their employees’ growth, our customers have seen measurable bheaviour change in their cultures and signficiant outcomes across their businesses”.