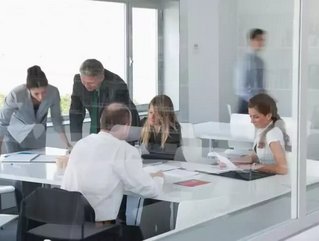 Companies such as Uber have dominated the headlines for poor workplace culture and practices. However, it seems that workplace hostility isn’t just isolated to the corporate giants.

A new study conducted by Rand Corporation, Harvard Medical School, and the University of California has revealed that one in five Americans say their workplace has a hostile or threatening social environment.

In 2015, the study’s founders asked 3,066 US workers to take regular surveys which assessed their workplace environment

The study revealed that a “disturbingly high" share of workers describe their workplace as “hostile” or “threatening."

Workers faced hostility in many forms, such as sexual harassment and bullying, and employees who served customers on a daily basis endure a disproportionate share of abuse.

The findings show that the American workplace is both physically and emotionally taxing.

Nearly three-quarters of those surveyed said they spend at least a quarter of their time in “intense or repetitive labour” and nearly 55 percent say they faced "unpleasant and potentially hazardous" conditions in their workplace.

In many cases, less-educated workers endure tougher working conditions than their peers. For instance, fewer than half of men without college degrees can take a break whenever they want to, compared to more than 76 percent of men with college degrees.

Across gender, age, and education lines, the survey found that many American workers feel that their jobs are so demanding that they don’t have time to get work done. This means they often have to work in their own time.

However, the study, also said it wasn’t all bad in the office. Four out of five American workers reporting that their job “met at least one definition of ‘meaningful’ always or most of the time” and more than half of those surveyed described their boss as supportive.