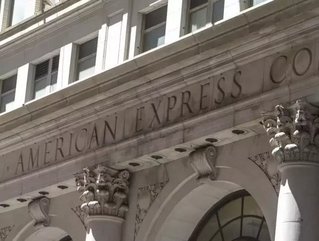 American Express has announced that Stephen Squeri has been appointed as the company’s next Chief Executive Officer by the Board of Directors, with Kenneth Chenault having revealed that he will be retiring early next year.

“It’s a privilege to lead one of the world’s most admired companies and I appreciate the expressions of confidence from the Board and our largest shareholder,” said Squeri.

At the age of 66, Chenault is stepping down after 37 years with the company, having served as CEO for 17 of those since 2001.

“We’re starting a new chapter from a position of strength and this is the right time to make the leadership transition to someone who’s played a central role in all that we’ve accomplished,” Chenault revealed.

Chenault led American Express through some difficult periods. The company’s headquarters are located next to the site of the World Trade Centre, with both the building and company as a whole having been heavily impacted by the terrorist attacks.

Additionally, Chenault led the firm through the 2008 recession, with the market crash having had a significant impact upon American Express.

“Clear vision, sound judgment and the courage to make tough decisions are what define a leader.” Said Robert Walter, Lead Director of American Express’ Board.

“For 16 years we’ve had a great one in Ken Chenault.  He’s met every challenge head on. He’s rallied the organization at times of crisis and he’s delivered for shareholders by making a great company even better.”