BC Hydro President and CEO Steps Down 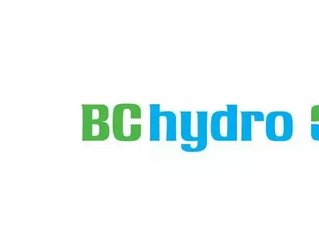 BC Hydro announced today that President and CEO Dave Cobb is stepping down from his executive role at the West Coast utility for another position with media company The Jim Pattinson Group.

“BC Hydro helped build our province and I’ve truly been honoured to lead the team during such an exciting and important time in our history. And while I would welcome the opportunity to continue meeting the challenges and opportunities inherent in my role, I’ve been presented with an unexpected, once-in-a-lifetime career opportunity with another iconic B.C. company that I simply could not pass up. I leave with great confidence that the world class Board of Directors and Executive Team and everyone who works tirelessly to keep the lights on everyday will continue their unwavering commitment to our province and our customers,” said Cobb.

Cobb, who joined BC Hydro in May 2010, was selected as President and CEO because of previous experience as Executive Vice President and Deputy CEO for the 2010 Olympic Winter Games.

BC Hydro is commencing its search for a new President and CEO immediately. Cobb will continue his role at BC Hydro until November 30th to ensure an easy transition.

“Dave has successfully led a team that has positioned BC Hydro to meet the economic growth of our province and the electricity demands for British Columbia well into the future,” said Dan Doyle, Chair of BC Hydro’s Board of Directors in an official statement. “As President and CEO, Dave has helped shape the direction of our company during a time of important economic growth and investment in B.C.,” continued Doyle. “From his first day, Dave championed both a “safety first” and team approach, setting the foundation for a more strategic and cost efficient company. On behalf of the Board of Directors and the entire BC Hydro team I thank him and look forward to continuing to build on his work as we continue to keep rates low while safely and reliably meeting the needs of our customers.”