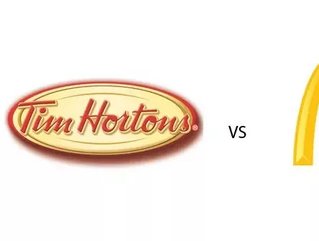 Happy Holidays readers! Check out, this week, Business Review Canada's top daily stories of the year. We'll be featuring one story a day that reader's like the most. Today we feature one of Business Leaders' top stories: Tim Hortons to Redesign Locations

Tim Hortons and McDonald's Canada seem to be neck and neck with customer offerings. Providing customers with the newest menu items and even a better ambiance, both chains seem to be trying to up the ante while staying competitive.

Tim Hortons announced today the redesign of its locations to create a better experience for customers. Offering wi-fi, bench seating, softer lighting, a new floor plan and a more open kitchen, Tim Hortons locations are getting an upgrade.

On the competitive side, this seems like a good move from Tim Hortons, but is it just trying to stay up-to-date with McDonald’s? McDonald’s Canada announced a $1 billion redesign back in September, including additions such as wi-fi, a new floor plan, fireplaces and flat screen TVs.

This poses important questions: are these retail chains in a "anything you can do I can do better” war? Who is to gain from all these new additions, the customers or the companies?

In the case of Tim Horton’s redesign and new coffee offerings, the company believes its update will improve the customer experience and encourage more customers to purchase new items while staying longer versus using the drive-through.

“While specialty coffee represents a relatively small part of the overall coffee market, it is a growing segment,” executive chairman, president and CEO Paul House said to the Canadian Press. “We believe our entry with such a meaningful and relevant offering will reinforce our continued coffee leadership in Canada.”

Which will Canadian’s chose? Will they remain loyal to the country-based franchise that serves them their daily double-double, or will a US franchise prevail from its already global success? Either way, to win the competition, both Tim Hortons and McDonald’s Canada should move toward more benefits for their customers than profit margins. The more customers feel cared for, the more loyal they will become.