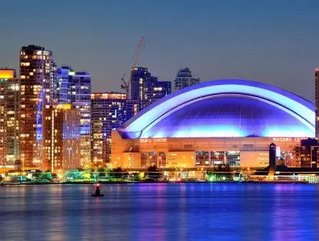 When it comes to friendly locations for starting a business, The Great White North and its many provinces are a smart option.

Considering its close proximity to the largest economy in world, as well as the strong economies from one province to the next, Canada is quickly becoming a business destination for startups with success in mind.

So, what are some of the best provinces in Canada for opening a new business in terms of favorable economies and fast-growing markets?

The province with one of the strongest economies in all of Canada is Alberta and thanks to its petroleum, agriculture, and technology industries, this mid-western province has a bustling business sector that’s ripe with opportunity. And, due to its universal healthcare system, employee insurance plan costs are almost non-existent.

According to the government-run data collecting service, Statistics Canada, the province’s business investments have grown by 7.4% over the last year.

And, with a considerable increase in tourism during the summer months as well as no provincial sales tax, Alberta is the perfect spot to set up shop.

It’s also the most accessible province from the United States, making it a great option for American-based businesses looking to startup in Maple Leaf Country.

Within the last year, Ontario’s business investments, specifically those investments in non-residential construction, grew 13.8% according to Statistics Canada. And, although income taxes in Ontario are among the highest, it’s also one of the greenest provinces in Canada offering alternative energy tax incentives to all residents.

Canada’s largest city, Vancouver, is the capital of this pacific coast province, making British Columbia a desirable destination for new businesses both large and small. And, although it’s known for its economical up and downswings, British Columbia has seen a 9.3% increase in its economy over the past year.

In terms of the market, British Columbia has something to offer every business.

Whether it’s retail, financial, or service-oriented businesses, the province has a knowledgeable workforce, large population, and business-friendly taxes.

With the lowest income taxes as well as a gross domestic product that makes up for 20.3% of Canada’s entire economy, Quebec has a lot to offer new businesses. The province’s open, market-based economy is Canada’s second largest and is mainly based in the services sector.

Due to strong consumer spending and a 2.4% gain in business investing, Quebec is quickly becoming a startup hotspot for businesses of all kinds.

And with the growing information technology, aerospace, software, and multimedia industries, this eastern province is on the cutting edge of all things business.

So, when it comes time to open a new business in Canada, several of its provinces prove a good starting ground.

About the Author: Adam Groff is a freelance writer and creator of content. He writes on a variety of topics including business, Gary Crittenden, and social media.