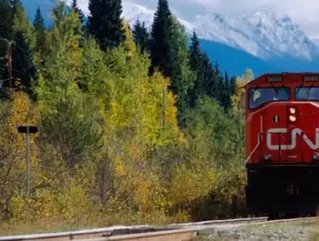 Microsoft’s Bill Gates has become Canadian National Railway’s biggest shareholder. As of February 25th, Gates is in control of over 10.04 per cent of CN shares worth $3.2 billion.

Gates holds 46.07 million CN Railway shares, an amount he has been building since 2006. Starting at a 5.8 per cent stake, Gates' current stake totals around 10.04 per cent of CN stock. Gates' shares are owned and/or controlled through Cascade Investment and as a co-trustee of the Bill and Melinda Gates Foundation Trust.

“The only person who beneficially owns, or exercises control or direction over, directly or indirectly, shares carrying 10 per cent or more of the voting rights attached to any class of shares of the company is Mr. William H. Gates III,” said CN in a company circular.

CN will release its first-quarter 2011 financial results this Tuesday.

CN Railway’s annual shareholder meeting will be held on Wednesday, April 27th 2011, at 10 AM in Toronto. The shareholder meeting’s goal is to receive consolidated financial statements for 2010, elect directors, appoint auditors, approve resolutions and transact other business for CN Railways. Shareholders that attend will have a chance to vote on each issue and outcomes will be determined by majority of votes cast.
eStruxtureTodd Coleman
Share
Share