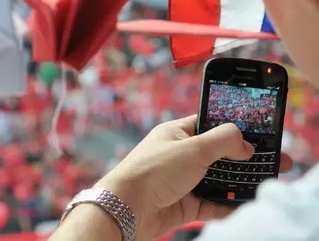 BlackBerry has been flirting with going private as shares surge. That rumor was given credibility with BlackBerry’s announcement on Monday, which confirmed that it is thinking about putting itself up for sale.

Validity comes from a statement made on Monday from director Timothy Dattels, "Given the importance and strength of our technology, and the evolving industry and competitive landscape, we believe that now is the right time to explore strategic alternatives.”

The tech company announced yesterday that it has formed a special committee to pursue options, which could involve anything from a joint venture, to a partnership, to the sale of the company.

Prem Watsa of Fairfax Financial Holdings Ltd., BlackBerry’s biggest shareholder, quit the board “due to potential conflicts that may arise during the process.”

Fairfax is researching ways to take BlackBerry into a privately owned sector. Stuart Jeffery of Nomura Securities in New York thinks that going private is the best route for the company,

“If management’s optimism remains high and Fairfax is part of a group of potential bidders, then any takeout price/take-private price could come at a more compelling premium than seen recently at Dell … where management has focused on the challenges facing the company rather than the opportunities,” he said. “We struggle to come up with a reasonable takeout price for BlackBerry, given the extensive restructuring likely needed to create a successful services/applications company, the risk of this going wrong, and the potential for synergies if there is some partnership with a strategic partner.”

A sale of BlackBerry could fetch between $14 and $20 a share for the stockholders of the struggling smartphone maker.