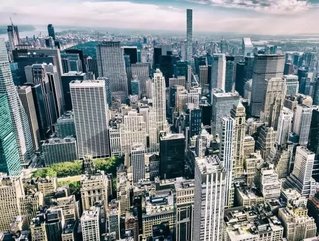 Gray will replace Tony James in the position, who will now assume the title of Executive Chairman in a full-time role at Blackstone, reporting to Co-Founder, Chairman and CEO of the company, Stephen Schwarzman.

“I have had a wonderful 15 years at Blackstone so far and still savor every minute of it,” said James. “One of my most important responsibilities is succession, and I am blessed to have a spectacular leader and investor like Jon Gray to whom I can hand the reins.”

Gray was largely appointed in his new role off the back of the real estate group’s strong performance under his management. Since leading this area since 2005, Blackstone’s real estate arm has grown its investor capital portfolio from $5bn to $115bn.

“I have spent my entire career at Blackstone and could not be more proud to be part of this firm,” said Gray.  “Despite our tremendous success to date, I am quite excited about the opportunity to continue to innovate for both our investors and shareholders.

“I look forward to working closely with Steve, Tony and our immensely talented team to help lead this growth while maintaining the highest standards of integrity and investment discipline.”

In the wake of Gray’s promotion, long time leaders of Blackstone’s real estate group, Ken Caplan and Kathleen McCarthy, have been named as the new Global Co-Heads of Real Estate for the company.

The announcement comes shortly after Blackstone's acquisition of a majority stake in the Financial & Risk Business of Thomas Reuters.