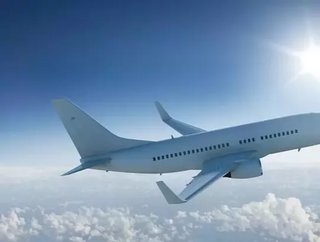 Aerospace company Boeing has announced its investment of over $300 million to bring enhanced composite production to St. Louis.

The new center on Boeing’s St. Louis campus was opened yesterday, and marks the largest commercial aviation work statement ever placed there. It represents Boeing’s efforts to diversify and grow in the region.

The facility is initially for the purpose of building parts for Boeing’s latest commercial jetliner, the 777X. It has committed over $300 million to the construction and outfitting of the center.

“With the opening of this new composite center, our well-trained, high-quality workforce is able to demonstrate its versatility and expertise, positioning our region for additional commercial and defense work in the future.”

While Boeing has been in St. Louis 80 years, it has existed far longer. We take a look at the illustrious company’s history:

1916: William Boeing begins final assembly of the B&W seaplane (named Bluebill) at his boathouse and takes it on its maiden flight.

1923: The Boeing NB-1 makes its first flight. The army and navy buy more than 157 versions of this plane. Boeing later creates 27 FB-5 carrier-fighters for the navy.

1934: Boeing subsidiary, Stearman Aircraft, delivers its first Kaydet to the military. This becomes the most common preliminary trainer in service, and 10,346 Kaydets are made for WWII.

1965: Boeing receives the largest commercial airline order of the time; United Air Lines orders 66 jetliners with options for 39 more and leasing of an extra 25.

2004: Boeing will develop a system design and demonstrate critical technologies for a secure, high--capability global communications network serving the US Department of Defense, NASA, and the intelligence community.

2012: Boeing announces it will advances its connectivity options on commercial 747-8 and 777 jetliners with in-flight cell phone use, Wi-Fi, and live TV broadcasts.