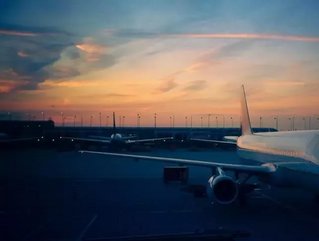 Boeing anticipates a surge in China’s need for new airplanes, predicting the country will require 7,690 more by 2037
This marks an increase of 6.2% over the jet manufacturer’s 2017 prediction.
According to Reuters, Randy Tinseth, Boeing’s vice president of marketing, said:
“The growth in China can be attributed to the country’s growing middle class, which has more than tripled in the last 10 years and is expected to double again in the next 10”.
Asia Times reported that “in recent times, about 30 per cent of all [Boeing] deliveries went to Chinese customers, and the company is quickly approaching the delivery of its 2000th commercial jetliner to China”.
“About 52% of all commercial jetliners currently operating in China are made by Boeing”, it added.
Asia Times said, “China’s civil aviation market will be worth US$2.7 trillion in 20 years’ time”.
“New planes required by Chinese carriers over the coming two decades will be worth a grand total of US$1.2 trillion”.
“China will also need US$1.5 trillion worth of services for its expanding fleet”, it added.
See more:
The demand for new commercial jets in China is hotly contested between Chicago-based Boeing, European rival Airbus, and Chinese aerospace manufacturer Comac.
Both USA Today and Asia Times suggested that Boeing’s share of the Chinese market could come under fire should the ongoing trade war between the US and China lead to the latter placing tariff measures on commercial aircraft.
Should such tariffs come to pass, they would allow Airbus and Comac an opportunity to capitalise on the limitations consequently placed on Boeing.
ManufacturingBoeingAirbusCOMAC
Share
Share