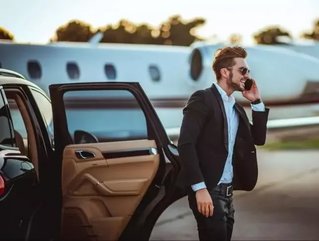 Bombardier, the Montreal based Canadian aerospace manufacturer, has debuted its Global 7500 aircraft at the Paris Air Show.

Based on and derived from Bombardier’s Global Express line of business jets, the latest of which is the Global 6500, the Global 7500 offers some of the same amenities while being larger and possessing a greater range. These features include Nuage seats which are able to recline lower and support the neck from any position, which Bombardier said represents the first innovation in seat architecture in 30 years. Newly announced is the Global 7500’s Soleil lighting system, which features circadian rhythm-based cabin lighting integrated with the Flight Management System, as well as Dynamic Daylight Simulation, which Bombardier said could reduce jet lag.

“When it comes to the Global 7500 jet, there is simply no aircraft in the world like it, and it has established a category of its own,” said Peter Likoray, Senior Vice President of Worldwide Sales and Marketing at Bombardier Business Aircraft. “Bombardier offers the most exceptional business jets and customer experience in the world, and our continued worldwide recognition stands as proof.”

First announced back in 2010, Bombardier’s aircraft boasts a range of 7,700 nautical miles (14,260 km) at a speed of Mach 0.85 with eight passengers. It’s maximum speed was given by Bombardier as Mach 0.925, and it was said to be capable of flying non-stop from New York to Hong Kong, or Singapore to San Francisco, subject to conditions.

David Coleal, President of Bombardier Aviation said: “We’re [...] excited that the impressive Global 7500 aircraft will be on display at the Paris Air Show. With its range, comfort and smooth ride, the Global 7500 aircraft is ideally suited to meet the needs of business jet customers throughout Europe, and we are delighted to debut its impressive attributes at this prestigious event.”