Border security expands in Canada, but is it fair for everyone? 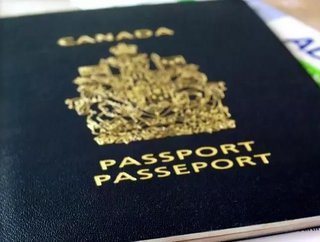 Prime Minister Stephen Harper plans to expand border security. Specifically, he wants more visitors to be photographed and fingerprinted in an attempt to avoid the threat of terrorist attacks. This new idea is supposed to take effect no sooner than 2018 and cost around C$312.6 million.

Originally reported by Bloomberg Business, Harper had the following to say on the issue: “For a prosperous, pluralistic country like Canada, one of the great trading nations of the world, borders cannot be barriers. Still, they must be filters, effective filters.”

While important and admirable to want to heighten the country’s security, is this new expansion plan really necessary? Furthermore, as a small group seems to be exempt from the new proposed rule, is it even fair to implement?

These new screening measures will only apply to those who are seeking work or study permits—except United States citizens. As well, those who are applying for visitor visas or permanent residency will also be screened.

A question quickly arises: why do some have the privilege of being exempted from this screening. If safety is the real issue for his country, shouldn’t Prime Minister Stephen Harper be adamant about securely checking all parties that want to enter his country—bar none.

One motive behind this new measure is to help ensure that people aren’t lying about their true identities. For example, Harper mentioned the fact that people can fake their name, but not their fingerprints.

It’s not necessary to get into forensics—basically, if someone wanted to shave off their fingerprints, they could. Believe it or not, there are ways to get around every single stipulation. However, keeping the argument more sensible, let’s revisit the fact that not every person crossing the border will be given the burden of having his or her fingerprints checked. This fact still doesn’t seem to be fair.

RECENT TOPIC: Minimum wage could be on the rise in Canada—Who will benefit and who will suffer?

Currently, Canada has biometric screenings for visitors from 29 different countries; this list will be greatly expanded over the next four years.  In order to help pay for this entire expansion, Canada will be charging a fee that is somewhat comparable with other countries. Furthermore, this fee is also believed to help Canadian taxpayers recoup much of the original cost.

Safety is important. Protecting a country from a potential terrorist attack is monumental. But if this expansion plan is going to take place, shouldn’t it be administered 100 per cent accurately and fairly. As of now, the plan kind of leaves room for further segregation, which could ultimately lead to a whole other issue taking place.

There’s no dispute that the country and its citizens should feel safe and be protected at all times, but will the new perimeters of this border expansion security plan really help to accomplish a sense of safety?

RECENT TOPIC: How small businesses can protect themselves from legal disputes with customers