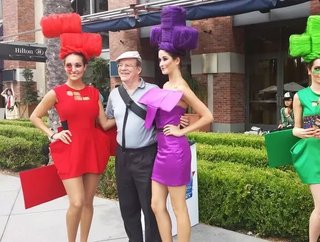 The San Diego Comic Convention has come to a close, but the event’s announcements have caused an excitement ripple in the pop-culture world that will last for months. Business Review USA was able to cover the exclusive comic convention and it was incredible event.

SDCC has been running for over forty years and it has expanded from a small fan-based event surrounding comic books to a multi-day, 100,000 plus attendee conference that attracts all aspects of nerd culture. From celebrities, comic book store owners, toy collectors to even teenagers who have just discovered their passion for geek society, the attendees cover such a variety of interests you never know whom you are going to meet. Whether excited for announcements, meeting new friends, catching glimpses of celebrities, or getting free swag, attendees leave the convention with some unbelievable memories.

On the business side, the film, TV, video game and entertainment industries invest a lot into the convention. Hosting tradeshow booths, freebie giveaways, happy hours, parties and more throughout the four-day event, brands such as Warner Brothers, Comedy Central, the Nerd Machine, CBS, and more get as much advertising out there as possible. With the power of media—whether national or social—behind them, these brands get insane coverage, a large return on their investment.

As San Diego Comic Con has expanded past the bounds of the San Diego Convention Center, brands can now get as much coverage from panels inside the event as outside. In Business Review USA’s coverage of the event we were able to get first hand experience of some such promotions such as Assassin’s Creed Black Flag, Comedy Central Comedy Con, Bates Motel, Ploom and more. Promoting upcoming games, TV shows and films, these promotion ranged from a party on the Star of India boat (Assassin’s Creed), to a rooftop party fan event with cast members of The Workaholics (Comedy Central).

This kind of advertising leads to regular coverage of panels from the media, to viral coverage seen by hundreds of thousands on Reddit. Through this, the businesses can see pure profit from geek/nerd culture. As the San Diego Convention Center plans its expansions specifically for Comic-Con, it’s obvious to many that this conference will continue to be an important part of many businesses’ advertising and branding plans for the foreseeable future.