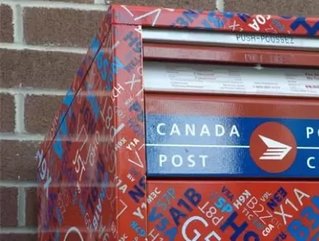 It seems that a Canada Post postal worker strike has been prevented. What averted the strike is the postal worker union’s presentation of a new contract proposal on Sunday.

According to the Canadian Press, the Canadian Union of Postal Workers (CUPW) says that the proposal contains important compromises that cover all unresolved issues at the bargaining table. What’s still unresolved for Canada Post and the postal worker union are important topics such as wages, benefits, staffing levels and working conditions.

“In an effort to achieve a collective agreement by May 25, 2011 without a work disruption, CUPW is prepared to accept important compromises and, accordingly, makes the offer of settlement. This is a global offer, and it must be considered as a whole. No single item in this offer can be examined in isolation,” said an official statement delivered with the union’s global offer.

The union had previously threatened the possibility of a strike if a deal wasn’t reached by the end of the week. As the union did not give a 72 hour notice yesterday, it is speculated that if any strike should occur, it will not start before this Friday.

“In the context of the Union submitting a global offer, the CUPW National Executive Board has decided not to submit a 72-hour strike notice. A 72-hour notice is required under the Canada Labour Code prior to any strike/lockout action being undertaken by a union or employer,” said an official statement from the Canadian Union of Postal Workers.

These negotiations are a direct result of the January 31st expiration of an earlier agreement that covered 50,000 employees. Talks over this new deal started as early as last fall.

The government is urging a resolution of negotiations to prevent potential Canadian mail service disruption.