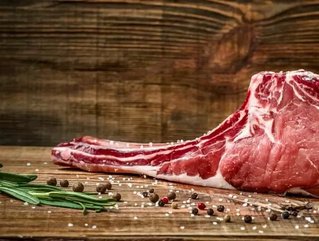 The Trump administration’s decision to pull out of the Comprehensive and Progressive Agreement for Trans-Pacific Partnership, a pan-Pacific trade deal which came into effect at the end of December 2018, could spell good fortune for the Canadian beef and beef-adjacent industries. According to a Reuters report, one of the most promising opportunities of the deal include reduced tariffs on beef, pork, wheat and canola oil imports to Japan.

Japan, the third-larger importer of beef in the world, has reduced its 38.5% tariff on imported beef to approximately 27%. This will give Canada - the world’s 6th-largest beef exporter but the 2nd-largest exporter of premium grain-fed beef - a distinct advantage over US firms like Tyson Inc. and National Beef Packing Co, with Canadian beef exporters like Richardson International and Viterra both now targeting an increase in Japanese sales.

According to Reuters, Alberta-based beef exporter has secured regulatory approval to export beef to the Japanese market. The first shipment is scheduled for February, with the combined order totalling 52,000 lbs (23,636 kg) of fresh and frozen beef.

“Japan, the world’s third-largest economy, is Canada’s second-biggest beef market after the United States. Even so, Canada’s sales to Japan amounted to 27,000 tons from January through October 2018, about what U.S. exporters ship there in one month,” Reteurs reports.

The U.S. National Cattlemen’s Beef Association has publicly urged the Trump administration to enter into an agreement with Japan to keep the price of beef competitive. “The U.S. beef industry is at risk of losing significant market share in Japan unless immediate action is taken to level the playing field,” the association’s president Kevin Kester said in a statement.

At an event promoting the Canadian beef industry, held in the Canadian embassy in Tokyo in December 2018, attendance was reportedly up approximately 300% from previous years. “The interest was as high as I’ve ever seen,” said Dennis Laycraft, executive vice president of the Canadian Cattlemen’s Association told Reuters. “This new agreement is one of the most significant opportunities we’ve seen since the original NAFTA (North American Free Trade) agreement was signed.”