Canadian Retailers Forced To Compete With The US 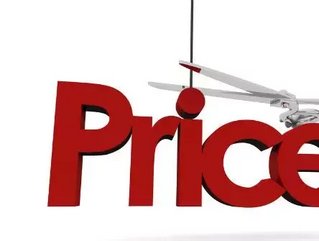 Canadian retailers have found themselves in a battle for customers. Between the arrival of big-name U.S. retailers and the growing popularity of shopping in the U.S., they are struggling to stay ahead. Price slashing seems to be their only plan for battle according the latest retail numbers.

The sales figures released on Wednesday were smaller than expected. Overall sales remained constant on a monthly basis in March as a result of the lower prices. The volume of sales was up to 0.7 per cent.

The biggest sellers were in the clothing, shoe and jewelry sectors. Those items that are generally purchased at American stores because the there is often more of an assortment with more alluring prices.  Sales in the group, which covers clothing, shoes, jewelry, luggage and leather goods stores – were up 3.1 per cent. That is the largest gain among the 11 sectors tracked by Statistics Canada.

Clothing is “probably Exhibit A for something that’s affected by cross-border shopping,” according to Douglas Porter, chief economist of BMO Capital Markets.

The high Canadian duty-free limits for short-term visitors to the U.S. paired with the Canadian dollar has made shopping in the U.S. hard to resist. To urge consumers to shop in Canada and to compete with Target Canada – retailers are slashing their prices.

“Consumers are only willing to buy (in Canada) when prices are cut to the bone. They’re forcing retailers to be extremely competitive,” Mr. Porter told Canada Real Time.