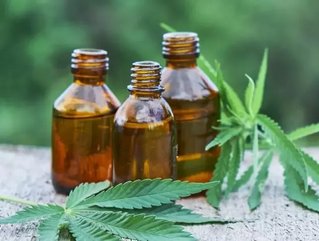 Coca-Cola is in advanced talks with Aurora Cannabis Inc to produce CBD-infused beverages as it eyes the growing cannabis industry
The proposed drinks will not contain THC, the psychoactive element of cannabis, but will instead incorporate the non-psychoactive CBD, a chemical found in cannabis that can be used to treat pain and inflammation, anxiety, and epilepsy.
Bloomberg said that, while no financial details of the potential deal are currently available, any deal between Coca-Cola and Aurora is likely to be highly lucrative.
Kent Landers, a spokesman for Coca-Cola, told Bloomberg in an email:
“We are closely watching the growth of non-psychoactive CBD as an ingredient in functional wellness beverages around the world”.
“The space is evolving quickly. No decisions have been made at this time”.
See more:
Coca-Cola recently acquired UK coffee company Costa Coffee, and a deal with Aurora would similarly mark the company’s endeavours to diversify its portfolio amidst the continued decline of soda sales.
BNN Bloomberg reported that a spokeswoman for Aurora, Heather MacGregor, confirmed Aurora’s interest in entering the market.
Cannabis stocks are currently booming in Canada as the country is set to become the first G7 nation to legalize recreational use of the drug on 17 October.
While projections vary, BNN Bloomberg said that “the consumer CBD market is estimated to grow to US$2.1 billion by 2020, from $202 million in 2015, according to a recent report in the Hemp Business Journal”.
beveragesCannabisCoca-ColaCoke
Share
Share