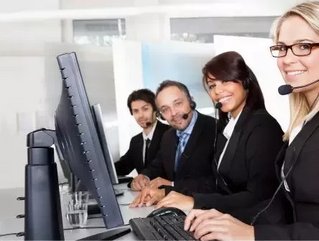 Personnel turnover can be rough for any department in a company.

When someone departs they often do not leave a complete job description and list of dutiesbehind so that a new person can just come along and take over. Then there is the downtime between the point at which the old employee leaves and the new person comes on—but in actuality it is the downtime between the old employee departing and the new one coming fully up to speed that is costing the company money.

Turnover is especially painful when it comes to the sales force, if only because you’re dealing directly with company revenue. A sales rep departs and you’ve immediately lost regular sales from that territory or area. Time passes (and more sales are lost) while a new candidate is found and interviewed. Yet more time is taken while that person comes aboard, learns the product, learns the market and comes up to speed.

It could well be six months later that the new rep starts paying off—if that rep works out.

It’s the CRM solution that can ease the difficulty of that transition…or not.

Without an effective CRM application, when a sales rep leaves a company, it can be a nightmare trying to dig out and then take over and sell any deals that were in that person’s sales pipeline.

You might be able to tell what those deals were and with which companies, but:

•    What about the actions that had already been done?

•    What else needs to be done to push the deal through to a close?

•    What questions remained to be answered?

•    What preferences and specifications did the prospect express?

•    What concerns and objections remained to be handled?

In this scenario it is difficult for the sales manager or another rep to pick these deals up, and it might well be impossible for a new sales rep to answer these questions.

Now the new sales rep comes in. That new rep may find a scenario in which the CRM solution doesn’t assist the new rep in learning the company’s sales process, as it is not visible in CRM. That means the new salesperson must learn the sales process (which hopefully exists) and in addition must learn CRM which doesn’t follow that process. The confusion adds substantial time to sales training.

Now the new salesperson must start picking up leads or deals and working them. If CRM doesn’t allow deals to be accurately followed there will be even more time wasted as the rep devises his or her own solutions for properly tracking these deals and controlling them, while also being required to enter data into CRM that will not be useful to the sales rep later on down the road. This is all quite in addition to doing what the rep was hired to do: sell.

How much time do you think it will take to bring that new rep on board—and (more importantly) how much more time before that salesperson is pulling his or her own weight in relation to the overall sales quota?

1. After a rep leaves a company it can be easily seen not only what deals are left in the former salesperson’s pipeline but exactly where they are in the sales process. There is enough data available so that the sales manager or another sales rep could pick up the important deals and push them through to closes.

2. Then the new sales rep comes in. In addition to being taught the company’s sales process, that sales process is very visible right in CRM. The rep can clearly see how a sale travels from lead to satisfied customer, so understanding of the sales process is much faster.

3. Because CRM allows for placing of sales training documents right within each applicable step of the sales pipeline, experienced sales reps can share their wisdom and everyone—including your new salesperson—can take advantage. Training is much smoother.

4. Because data on in-progress sales is much more accurate and clear, it is possible for the new sales rep to pick up sales left incomplete by the former rep.

5. And last but certainly not least: with all possible confusion removed from the runway, that rep can be brought on board and will be up to speed in remarkably less time than it would have taken before when using inadequate CRM.

When it comes to sales force turnover, the right CRM solution makes transitions as smooth and as painless as possible.