Evolving Entrepreneurs and the Secrets Behind their Success 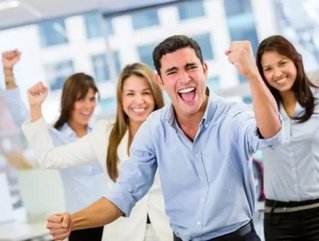 READ THIS ARTICLE IN THE NOVEMBER EDITION OF BUSINESS REVIEW USA

The Young One
Madison Robinson, Founder of Fish Flops

Madison Robinson officially launched her shoe brand—Fish Flops for kids—in 2011. She hasn’t been turned down by a single retailer yet, her shoes are sold by the likes of Nordstrom and Macy’s... and oh yeah, she’s 16. Robinson came up with the idea of Fish Flops when she was 8. She had been drawing fun ocean characters and decided to combine her drawing with a sandal that originally lit up. Now she’s designed fashion shoe lines not only for kids but young adults and women as well.

And she doesn’t just design the shoes—she knows the whole operation. Robinson has packed shipments, helped stock the warehouse, can explain her pricing, host a tradeshow booth, make a sales pitch, and has mastered the art of social media. Now her brand has hats, shirts and kids’ books she writes herself. There may even be an upcoming underwater gaming app from the company.

Of course, she didn’t do it all by herself. Her dad purchased the domain name, help her solidify her designs and concepts, and helped her write her first pitch to Nordstrom.

“I wrote a letter to the buyers,” she shared with a Houston Fox reporter. “I didn’t think I would get in, but I did.”

Some of her best business decisions included participating in charity, although Robinson didn’t realize they were business decisions at first. By offering free Fish Flops and volunteering for a charity that supports children of fall military heroes resulted in a huge order from Army’s Post Exchange stores. She also donated 10,000 pairs of sandals to a community shoe drive in her home state of Texas, which garnered good press.

All of the money she’s earned has been put away for college, to study business. Robinson continues to succeed in her brand because she continues to learn her brand, how to promote it and how to navigate the business world. Every day is a learning experience, and she capitalizes on it. She’s also had to learn patience, which she has described as one of the hardest parts of running a business. Waiting for stores to decide whether to carry her brand or not has helped her with this great life—and business—skill.

Palmer Luckey, the young entrepreneur who founded Oculus VR and helped build its flagship product the Rift, has had a pretty good year. Even though he hasn’t finished college like some 22-year-olds, his innovative virtual reality headset and technology was purchased by Facebook for $2 billion. Over 100,000 prototypes have been sent to developers, and hundreds of video games and accessories continue to trickle in.

His goal now is to convince the tech world that virtual reality isn’t just a flash in the pan technology; to him, it’s long overdue. The future Luckey sees includes VR cinema, 360-degree panoramas and the ability to communicate in a new way long-distance—one of the many reasons Mark Zuckerberg was interested enough in the technology to buy it. But it’s going to be a difficult hurdle to overcome, Luckey said in an interview with CNET. Most see the technology as something a “pimply-faced teenager” plays in the basement of his parents’ house.

“That’s going to be a difficult perception to overcome,” he said. “It's going to take good content, units in the field, and a probably lot of grassroots evangelism. I don't think a television ad and can nearly be as effective as showing people this thing.”

With multibillion-dollar game development studios now doing serious work in VR, Oculus’s only place to go is up. The company has a location in Irvine, CA, office space at Facebook and has recently moved a large portion of its managing executives, including Luckey himself, up to its San Francisco office.

Luckey: We're continuing to work largely on the same things we were working on before the acquisition. We have a space up in the Facebook office, we also have our office down in Irvine, and to be honest the biggest change has been having the resources to hire everyone we need. We've been hiring really fast, we've hired a lot of people, especially in the Bay Area.

Palmer Luckey’s key to success: Do what you love

Luckey was interested in virtual reality even before he started working on it officially at USC—he actually had a prototype for the Rift that’s similar to the final design before he even got to the prestigious university. As an electronics enthusiast for a long time, working in the field was the only thing that made sense to him.

Travis Kalanick hasn’t ended up on the good side of everyone he has worked with, but that doesn’t take away from the fact that he is a brilliant entrepreneur. His good looks, confidence and unending competitiveness have allowed him to become one of the most talked about names in the startup/entrepreneurial game, putting him in the same category as Chris Sacca, former Google employee, now billionaire investor and Uber funder, Zappos CEO Tony Hsieh and Twitter cofounder Ev Williams. And he considers all of them friends.

This past summer, Uber was valued at $18 billion. The car service company, which operates in 128 cities in 45 countries, started in 2008 as Ubercab, an affordable luxury car service. After securing $1.25 million in funding in 2010, Uber launched.

The company has thrived in nearly every city in which it has been introduced, but it hasn’t been without its trouble. Taxi companies and others have hit Kalanick and his company with lawsuits, employees have hit him with strikes and other controversies and there is a rise in competition. But Kalanick hasn’t backed down from a challenge yet, and with the confidence that Uber has the ability to grow and become more profitable, he doesn’t need to.

But before Uber, Kalanick was a struggling entrepreneur that just wanted to catch a break. After his side project Scour, a pre-Napster file sharing servce, was taken down by a $250 billion lawsuit from the entertainment industry, he and then-collaborator Michael Todd launched Red Swoosh, a legal file-sharing service whose business practices (particularly their tax practices) didn’t quite meet muster. Although Kalancik was about to buy out Red Swoosh in 2007, he lost business partner Todd in the process.

It took more than a decade for Kalancik to find the huge success he had started working towards in college. But his persistence and determination have paid off.

Kalanick didn’t get to be CEO of Uber overnight. It was a long journey that was fraught with several obstacles. His path still isn’t easy—each city Uber expands into pushes back. But his confidence, both in himself and what he is doing at Uber, continues to drive him. Mark Cuban, the legendary American investor, told Business Insider that "Travis is smart. Busts his ass and is a true entrepreneur. Can't be much more complimentary than that."