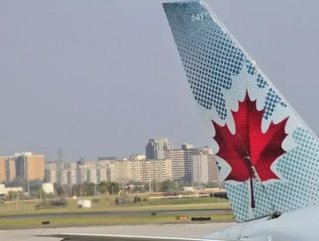 Air travel has become an increasingly preferred mode of transportation in recent years.

In order to accommodate the growth in air passenger traffic, Canadian airports have been taking various measures to increase their capacities and provide a better passenger experience.

Most of the major airports in the country have recorded strong performances in 2014, and here is a look at some of them….

Overall Performance of Canadian Airports in 2014

According to figures released by 10 of the busiest airports in Canada, the number of passengers they served increased by more than six percent in the first three quarters of 2014.

The increase was significantly higher than the growth rates recorded in 2012 and 2013, which were 3.7 percent and 2.7 percent respectively.

From May to December last year, passenger numbers increased every month at all major Canadian airports.

Eight of the busiest airports experienced growth in domestic traffic, with half of them recording a growth rate of more than five percent. Six of these airports also saw growth in trans-border traffic.

Toronto Pearson International Airport is the largest and busiest airport in Canada, and it is one of the many Canadian airports that saw a significant rise in passenger numbers last year.

It served about 29.4 million passengers in the first three quarters of 2014, an increase of 6.7 percent from the same period in 2013. Its revenue in the first nine months of last year totaled $875.5 million, which was an improvement of $33.8 million compared to the year before.

The airlines that serve the airport increased service on 66 routes, and 15 new retail stores were opened at the airport in the first three quarters of 2014.

The Toronto Pearson International Airport offers a wide array of facilities to give passengers and visitors the most convenient and pleasant experience possible, including free Wi-Fi, disabled access, lost and found, coat check and lounges.

According to an article entitled "The Pros and Cons of Elite Airline Programs," elite airline programs offer a lot of benefits other than lounge access.

Statistics released by the Vancouver Airport Authority revealed that Vancouver International Airport set a new record for passenger numbers in 2014.

It served a total of 19.358 million passengers, a 7.16-percent increase from the previous year.

Some of the factors that contributed to the growth included increased economic stability, effective marketing efforts and growth in the number of visitors to Vancouver, particularly from China, India and Mexico.

Additionally, the airport handled a total of 256,934 tonnes of cargo last year, which was 11 percent more than the amount it handled in 2013.

Canadian airports generally performed well in 2014, and they are looking forward to an even better year in 2015.

RELATED TOPIC: Too Much Baggage: Is Air Canada at Fault for Delays and Lost Luggage?

About the Author: John McMalcolm is a freelance writer who writes on a wide range of subjects, from social media marketing to finance.